At "Is Medtronic CEO Abrogating Responsibility Of His Company To Determine Device Safety?" I wrote that the CEO of this medical device company seemed to be punting the responsibility of assuring the safety and efficacy of his products to the FDA.

Others have taken a similar stance, such as in the case of musician Diana Levine, who lost an arm after an improper IV administration of a drug ("The Court Confronts a Grievous Injury", New York Times, Nov. 7, 2008).

Now, nine scientists at the Food and Drug Administration have written a letter to President-elect Barack Obama and his transition team, alleging gross mismanagement at the agency that has "placed the American public at risk."

WASHINGTON (CNN) -- Nine scientists at the Food and Drug Administration have written a letter to President-elect Barack Obama and his transition team, alleging gross mismanagement at the agency that has "placed the American public at risk."

The agency is "fundamentally broken" and "failing to fulfill its mission," according to a copy of the six-page letter obtained by CNN.

The scientists work in the FDA's Center for Devices and Radiological Health, which regulates items ranging from rubber gloves and contact lenses to heart stents and mammogram machines.

The scientists claim that "the scientific review process for medical devices at FDA has been corrupted and distorted by current FDA managers, thereby placing the American people at risk."

"Currently, there is an atmosphere at FDA in which the honest employee fears the dishonest employee, and not the other way around," the letter said. "Disturbingly, the atmosphere does not yet exist at FDA where honest employees committed to integrity and the FDA mission can act without fear of reprisal."

• Scientists and doctors have been threatened and told, on occasion, to ignore FDA regulations.

• Devices have not been properly labeled.

• Managers without appropriate experience have been given authority to make final decisions about device regulation and have done so while ignoring serious safety and effectiveness concerns.

• FDA experts have been excluded from product meetings because manufacturers felt that they were "biased."

• Manufacturers have been allowed to market their products without FDA approval.

An internal investigation of the charges, the scientists said, has resulted "in absolutely nothing: No one was held accountable, no appropriate or effective actions have been taken, and the same managers who engaged in the wrongdoing remain in place and have been rewarded and promoted."

I believe this aligns with and perhaps validates a number of observations made about FDA on this blog such as at posts "Staring Idiocy In The Face: The FDA As The Gold Standard, Or Tin Plated Emperor?" and perhaps at "Computer debacle: a Broken down process at the agency - or beyond?" as well.

In effect, the CEO of one of the largest medical device R&D and manufacturing companies, one of the world's largest pharmas, and others may be trying to pass the buck to three famous doctors: 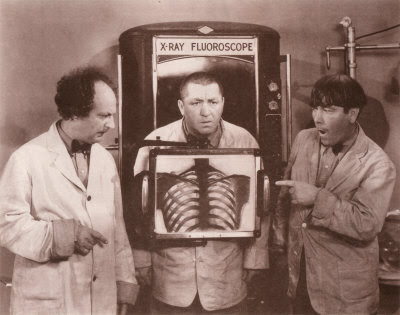 There is hope with this WSJ blog post: January 9, 2009, 8:30 am
Sidney Wolfe: Outsider Becomes FDA Insider
Posted by Jacob Goldstein .

While this may be an attempt to silence critics by bringing them inside the organization, one can hope it may be a way to begin the process of breaking the FDA's ties to medical corporations.

I fear your first concern may prove to be "more true"--merely bringing critics from the outside to the inside, where they can be incorporated into the ruling paradigm.

Having once spoken to this august individual (Dr. Wolfe), I retain the memory of having my concerns trivialized, and dealing with one who considered me as little more than a bothersom flyspeck, to be brushed away. When attaining the pulpit from which one speaks becomes more important than the message to be delivered therefrom, I would expect little intra-agency changes. Just call me a pessimist.

This isn't mismanagement, it's malmanagement. The individuals responsible for the situation at FDA are not incompetent, they're accomplishing exactly what they intend: implementing the anti-regulation ideology of the current administration.

The individuals responsible for the situation at FDA are not incompetent, they're accomplishing exactly what they intend

You're being too generous. While some of the problems are ideological, FDA's problems go back decades.

While most there (as in any large organization) are honest and competent, key players e.g., in leadership roles (explicit or implicit) lack one or both of those attributes.