The Health IT Clueless, Or, Mr. Obama Gets Wrong Cautions on HIT

Yet another "Health IT insta-pundit" article has appeared in national media.

David Blumenthal, a Harvard Medical School professor and director of the Institute for Health Policy at Massachusetts General Hospital/Partners Healthcare System who advised the Obama campaign on the issue, said the debate over whether existing technology is good enough has only emerged recently, with the prospect of a huge national investment in electronic health records. What seems to be happening, he said, is that passionate health technology advocates fear the country could get locked into an imperfect system.

"I think this really is a question of how good does it have to be before you pull the trigger," he told the Globe in an interview. "There's no correct answer to that, but for me, the evidence tips toward acting now, not with total abandon, but making a substantial but prudent investment in health IT."

All of the quoted commenters focus on "technology" in one aspect or another.

But Goldstein remains optimistic about the prospects of working through those [technology -ed.] complexities to create a functioning system. Data sharing is slowly improving, she said. "Remember when Apple didn't talk to WordPerfect and Word? It's similar; it takes a long time to get there."

Sure, and interfacing two computers is as hard as brain surgery... lack of data sharing standards is a problem, but not the major problem towards implementing HIT effectively, in hospitals and offices, on the first attempt. And then improving it.

As it turns out, the technology and its "imperfection" is not the issue. In fact, the technology (e.g., hardware and software, controlled terminologies, storage and backup capabilities, etc.) has had the capability to afford significant improvements in healthcare for quite some years.

It's the "wetware" that's the problem - the thinking, the process, the people issues, the sociotechnical issues. The leadership, design, implementation and lifecycle methodologies, the devil in the details, the bull in a china shop approach, the business IT ideology inappropriately applied to healthcare, if you will.

It's not as if material on the real problems, on the true major bottlenecks, in making HIT work in real clinical settings has been lacking. My own site (started 1998, link) and the links to the many writings of numerous researchers and observers here, are straightforward examples. It's not as if the UK, for example, is not in severe trouble from their own admitted (e.g., Granger) early lack of appreciation for these issues, and that the travails in that country are unavailable to the public, let alone academia.

Maybe the contributors to this Boston Globe article hadn't seen the Joint Commission Sentinel Events Alert on HIT? (If not, why not?)

From that alert (and not from the Boston Globe's quoted pundits):

... The science of the interplay between technology and humans or ‘human factors’ is important and often gets short shrift [as in the advice President Elect Obama is getting - ed.],” says Ronald A. Paulus, M.D., chief technology and innovation officer, Geisinger Health System.

If not carefully planned and integrated into workflow processes, new technology systems can create new work, complicate workflow, or slow the speed at which clinicians carry out clinical documentation and ordering processes. Learning to use new technologies takes time and attention, sometimes placing strain on demanding schedules. The resulting change to clinical practices and workflows can trigger uncertainty, resentment or other emotions that can affect the worker’s ability to carry out complex physical and cognitive tasks.

Indeed. I also note that "emotions" are as far from "technology" as one can get. 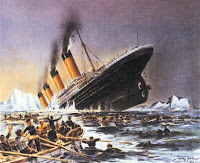 The stories of HIT mayhem and, dare I say, idiocy I frequently hear about HIT projects from doctors and RN's and other clinicians sometimes makes my hair stand on end. Clueless project leaders and vendors, lackadaisical and cavalier attitudes towards risk caused by this technology, boneheaded beliefs that one dataset fits all clinical specialties and geographic locations, and on and on. I experienced the same project and patient threatening idiocy a decade ago as a CMIO, and yet little appears to have changed.

It's been said that "irrational exuberance" is the behavior exhibited by people who know little about an area, but who have trust in others who seem to be experts and who themselves seem enthusiastic. (This is how our latest financial debacles occurred.) Prof. Blumenthal exhibits some caution, but the wrong caution in my opinion. This could perhaps be called "misguided exuberance."

President Elect Obama is getting fed cautions about health IT, but the wrong cautions.

That those advising President Elect Obama on health IT choose to focus on "technology" issues, not sociotechnical issues, shows that some are largely clueless about health IT, or perhaps conflicted.

It's so tiring to hear these shallow, hackneyed, see the leaves but miss the trees and miss the forest, grade school level explanations for the difficulties of health IT.

Incidentally, one of our fetishes in academia is for peer review, whether it be of science (absolutely necessary) or opinion on social issues backed by observation (where peer review can create a form of censorship towards unpopular thought.)

As for peer review, could it be that "anecdotal" stories from all over the world of health IT mayhem and patient harm are irrelevant unless peer reviewed? Of course, such stories would likely not pass peer review for publication. Perhaps such accounts are deemed non politically correct or create uncomfortable cognitive dissonance regarding the omnipotence of computers. Perhaps this explains their scarcity in peer reviewed literature. (Thank god for the Web and for blogs).

I would ask each of the pundits in the Boston Globe article if they were aware of these issues and the literature describing them (if not, that's a real problem), and if they were aware, why they dismiss it or consider its relevance unworthy of mention in national publications and to the President Elect.