Multiple media reports suggest that US president-elect Donald Trump is considering a most unusual candidate for commissioner of the Food and Drug Administration (FDA).  The basics, as reported by Bloomberg:

President-elect Donald Trump’s transition team is considering a Silicon Valley investor close to billionaire Peter Thiel to head the Food and Drug Administration, according to people familiar with the matter.

Jim O’Neill, the Thiel associate, hasn’t been officially selected, according to the people, who asked to remain anonymous because the decision process is private, and the Trump team could still go in another direction.

O’Neill is a managing director at Thiel’s Mithril Capital Management, and last served in government during the George W. Bush administration as principal associate deputy secretary at the Department of Health and Human Services. He’s also a board member of the Seasteading Institute, a Thiel-backed venture to create new societies at sea, away from existing governments.

Thiel’s spokesman Jeremiah Hall said O’Neill is a good candidate. 'Jim O’Neill has extensive experience in government and in Silicon Valley. He is a strong candidate for any of several key positions,' Hall said in an e-mail. Separately, Politico and CNBC reported that O’Neill could be under consideration for various positions.

Mr O'Neill has no medical, health care, or biomedical research background.  As Bloomberg noted, "the head of the FDA for the last five decades has either been a trained physician or a prominent scientific researcher."   However, Mr O'Neill's relevant track record is that he

did his undergraduate studies at Yale University, where he was a member of the concert band and played the horn, and has a masters degree from the University of Chicago, both in the humanities. He joined the Health and Human Services Department under Bush in 2002, first as a speechwriter, rising in the final years of the administration to head some policy functions,...


We have frequently discussed how current leaders of health-care organizations are often ill-informed about biomedical science, health care, medicine, public health and related issues.  Mr O'Neill would fit right in with them were he to run the FDA.

About to Transit the Revolving Door

Mr O'Neill seemed to be on Mr Trump's radar since he was "a close associate of [Trump confidant Peter] Theil for nearly a decade." More recently, Mr O'Neill

served as a managing director at Clarium Capital -- Thiel’s hedge fund that made a mint by correctly predicting the housing bubble and then crumbled -- and since 2012 has worked at Mithril Capital, Thiel’s late-stage venture firm, where he is a managing director.


His recent work would imply that to become FDA commissioner would transit the revolving door.  As reported by the International Business Times,

'He brings strong ties to industry and would reflect a tremendous bias in their favor at the FDA,' Dr. Michael Carome, director of the public health research group at the consumer watchdog Public Citizen, told International Business Times. 'He’s senior executive in a hedge fund investing in medical healthcare products. That alone should be disqualifying.'

In the private sector, O'Neill has a clear financial stake in the outcome the regulatory process — a process he could oversee as head of the FDA.

For example, in 2014, Mithril invested $15 million in the German medical device company MagForce — which manufactures cancer treatment technologies — in exchange for 23 percent ownership in its U.S. subsidiary. In June, the company announced it filed for an 'Investigational Device Exemption' with the FDA — basically a permit to use its unapproved product to gather evidence for clinical trials. MagForce’s profitability could very well hinge on how the FDA regulates its products: According to 2015 financial filings, MagForce is 'working with the FDA to update preclinical studies, which were conducted approximately ten years ago, to current US regulatory standards.'

Perhaps because of his lack of understanding of health care and medicine, and his financial interests, Mr O'Neill has advocated for radical changes at the FDA, particularly for allowing drugs and devices to be marketed without any good evidence of their efficacy, that is, that they provide any benefits to patients.

In a 2014 speech, he said he supported reforming FDA approval rules so that drugs could hit the market after they’ve been proven safe, but without any proof that they worked, something he called 'progressive approval.'

'We should reform FDA so there is approving drugs after their sponsors have demonstrated safety -- and let people start using them, at their own risk, but not much risk of safety,' O’Neill said in a speech at an August 2014 conference called Rejuvenation Biotechnology. 'Let’s prove efficacy after they’ve been legalized.'


It might sound plausible, at least if you know nothing about medicine.

The big problem with it is, as I was taught in medical school, that all medical interventions, including drugs and devices, have their risks.  No intervention is free of all potential to cause harm.  So we advocates of evidence-based medicine suggest that no intervention should be given to patients without clear evidence that its benefits outweigh its harms.  You cannot show benefits outweigh harms without having some good evidence about benefits.

Even big pharma has become reconciled to this notion.  An article in the Hill quoted one Mr Peter Pitts thus,

'People need to understand that safety doesn’t exist without the balance of risk,' said Peter Pitts, president of the Center for Medicine in the Public Interest and a former FDA associate commissioner under President George W. Bush.

He said that 'every drug has risks,' so the important consideration is balancing the risks against how effective the drug will be. Side effects that would never be approved for Aspirin might be approved for a lung cancer drug, he noted.


And this from someone who did public relations for big pharma for a long time (look here).  Mr Pitts still works for CMPI, which historically obtained much of its money from the pharmaceutical industry (look here).

So the International Business Times noted that

Dr. Aaron S. Kesselheim, associate professor of medicine at Harvard Medical School and the director of Brigham and Women’s Hospital program on regulation, therapeutics, and law, says O’Neill’s proposals could transform the drug market into an unregulated space that resembles the vitamin and supplement market. 'You’d have all these expensive products out there without being shown to work while presenting substantial safety risks — and being pushed on physicians and patients by overzealous marketing,' Kesselheim told IBT.

'He’s coming at things from an agenda-driven and non-evidence -based point of view,' Kesselheim said. 'That should be very scary for patients and physicians.'

By the way, this just underlines just how Mr O'Neill would be a prototypical ill-informed leader were he to be appointed to run the FDA.

Also, per the Hill article,

Dr. Michael Carome, director of Public Citizen’s health research group, said he was 'just stunned' when he heard O’Neill’s name reported to be in consideration for FDA.

He said O’Neill’s proposals would bring the country back to 19th century 'snake oil salesmen' being able to fool people into using ineffective products.

Just to ice the cake, O'Neill's bright idea would apparently violate the law.  As Matthew Herper wrote in Forbes,

the 1962 Kefauver amendment ... said drugs must be proved safe and effective before they can be sold. This law was put in place after an FDA reviewer kept a drug for morning sickness, thalidomide, from being sold in the U.S. The medicine caused birth defects in the rest of the world.

So not only would Mr O'Neill be an tremendously ill-informed leader of the FDA, he has the potential of being a prototypically mission-hostile leader were he to try to carry out his idea of eliminated prospective efficacy testing.  We have also frequently written about the havoc that can be wrecked on health care by such leaders.

So Mr O'Neill's bright idea would effectively make all patients into guinea pigs.  What would happen if a large number of patients received treatments that might be useless, and whose harms doubtless exist, but are unknown?  Some, whether they were Democrats or Republicans, whether they supported Mr Trump, Secretary Clinton or someone else in the last election,  might end up here: 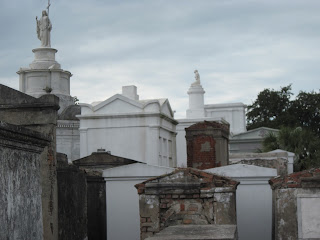 So add anyone who might be or ever become a patient to the long list of people who should be worried about a future Trump administration.

We could do our usual rant about the revolving door here.   Obviously, the revolving door pheonomenon is a serious conflict of interest, if not form of corruption, that should have no place in our government, particularly in its agencies that are concerned with health care. Similarly, we could rant about how ill-informed and mission-hostile leaders have to take much responsibility for our currently dysfunctional health care system.

It should be no surprise that Mr Trump, a businessman who has no experience in government, and who often seems at ignorant , if not contemptuous of the US Constitution he may be sworn to uphold, would appoint similarly ill-informed and mission-hostile cabinet secretaries and agency leaders.  Ill-informed, mission-hostile leadership of the FDA could harm a lot of patients.  Such an FDA commissioner, acting in concert with other members of an equally ill-informed and mission-hostile Trump administration could do catastrophic damage to patients, citizens the country and the world.

Maybe we would all be better off if Mr Tump finds something else to do for the next four years.  Maybe he should stick to being executive producer of the Apprentice.

Sadly, the second person being considered is only marginally better. He's an honest-to-goodness real pharma shill.