Introduction: the Bankruptcy of Hahnemann, the Selling of the Residency Program, Including Residents, as an Asset

As we discussed here, the storied Hahnemann University Medical Center was recently declared bankrupt by the private equity firm that bought it.  Staff were left jobless. Patients, including many who were vulnerable or chronically ill, were set adrift. Nearly 600 medical house-staff were set adrift.

The end of the medical center was a long time coming.  It had barely survived the previous bankruptcy of Allegheney Health Education and Research Foundation (AHERF), a nominally non-profit vertically integrated health system led by a charismatic, but ultimately criminal CEO (look here).  Hahnemann then became part of Tenet, a for-profit hospital system with a not always savory reputation (look here for a summary).  Tenet complained of Hahnemann's chronic deficits, although whether these losses were due to creative accounting is unknown.  Tenet eventually sold the hospital to a private equity group, Paladin Healthcare, and made it part of their American Academic Health System LLC. It took Paladin less than two years to decide that the hospital's continued losses were unsustainable and declare it bankrupt.  The rapidity of the hospital's collapse raised the suspicion among some that Paladin had never intended to continue operating the hospital, but bought it only so it could sell off its valuable underlying real estate assets (look here).

The fate of the hospital's physician trainees was then left up to a bankruptcy court.  The Paladin Healthcare plan was to auction off the residency program, apparently including its US government funding and its residents, as a financial asset (look here).  On September 5, the Philadelphia Inquirer  reported the results of that plan,


The decision was protested by the US government:

The federal regulator, the Centers for Medicare and Medicaid Services (CMS), considers the sale illegal and warned that the bankruptcy judge’s decision could result in residency slots at distressed hospitals being considered as valuable assets available for sale. Arguably, private equity owners could seize on the ruling as a way to increase the return on their investments.

U.S. Department of Justice Attorney Marc S. Sacks, who represented CMS, asked for a longer-term stay of the ruling, suggesting that Gross’ ruling could inspire struggling rural hospitals to sell resident slots to wealthier areas. 'This could open the door to that nationwide,' Sacks said. 'This is a serious, significant issue with nationwide implications.'


While some of the Hahnemann residents had protested that in some sense, they too were being sold as assets(look here), yet the Inquirer article stressed that was likely not the primary concern of the decision maker in this case

Gross, as a bankruptcy judge primarily concerned with making sure there is as much money as possible available to pay creditors, overruled Sacks, as he did repeatedly while going over details in the order Gross will issue allowing the sale to happen. Gross called the increase in the price for the residency program from an initial $7.5 million bid to $55 million 'a stunning success' for Hahnemann.


It was all about the money

In response to the judge's decision,

'We’re very disappointed to see Jefferson and an unelected bankruptcy judge finish what Joel Freedman started and shutter an important safety-net hospital,' said a spokesperson for the Pennsylvania Association of Staff Nurses and Allied Professionals, which represented 800 Hahnemann nurses. 'We hope the federal government will appeal to prevent this from establishing a truly dangerous precedent.'


The judge's decision may well be appealed by CMS.  Nevertheless, it seems that the Hahnemann residency program for years was tossed on the waves of a commercialized, financialized health care system, caught up in the financial manipulations of an empire-building CEO, sold to a commercial hospital chain, then to a private equity group, and finally sold again by the decisions of a bankruptcy judge whose biggest concern was the price.  Once again,

'It seems that the provision of quality patient care and quality of physician education is being over-shadowed by the large amount of money in play,' said Katharine Van Tassel, a visiting professor of law at Case Western Reserve University in Cleveland. 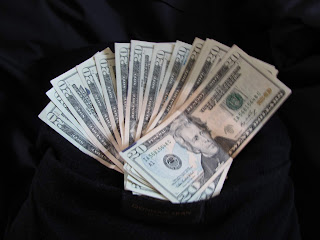 Summary: How Doctors Came Under the Rule of Money

We have frequently warned of the dangers of an increasingly commercialized health care system.  We noted how Dr Arnold Relman warned in 2007 of the threats arising from "the growing commercialization of the US health care system."(1) This has been abetted by physicians who accept "the view that medical practice is also in essence a business." Thus, "the vast amount of money in the US medical care system and the manifold opportunities for physicians to earn high incomes have made it almost impossible for many to function as true fiduciaries for patients."

Now "the large amount of money in play" seemingly has suceeded in turning one group of trainee physicians and their faculty into financial assets to be manipulated, like some sort of modern-day serfs.  Yet even in the face of such an outrage, the silence was deafening.  Where were the adults in the chambers of medicine?

Particularly quiet were leaders of some of the august organizations that are supposed to uphold the values of medicine and medical education.

A few did make statements sympathizing with the residents and offering them personal help, e.g., here by the AMA, and here by the ABIM.  Apparently, the American Association of Medical Colleges (AAMC) did dispatch "Lauren Macksound, a lawyer" to "advocate on behalf of the residents" in court  (per Bloomberg, July 22, 2019).

Then again, when AHERF went bankrupt, no major professional society or other group ostensibly devoted to patient welfare, health care education, or physicians' professional values made much of a fuss, much less pushed for new laws, regulations, policies or practices to prevent another such bankruptcy.

There may be many explanations for this silence.  One has to do with the march of neoliberalism, (or market fundamentalism) especially its dogma that:


harshly reinstated the regulatory role of the market in all aspects of economic activity and led directly to the generalisation of the standards and practices of management from the private to the public sectors. The radical cost cutting and privatisation of social services that followed the adoption of neoliberal principles became a public policy strategy rigorously embraced by governments around the world(2)


It appears that professional societies have been cowed by neoliberal economists and lawyers who launched campaigns starting in the 1970s to restore the power of huge corporations.  They seemed to take offense at the notion that professional notions of ethics could stand in the way of corporate economic power. So neoliberal economist (and architect of the Viet Nam War body count as a measure of battlefield success) Alain Enthoven advocating breaking up physicians "guilds" to decrease their ostensible economic power, and hand power over to business managers (look here).

Particularly important in the attack on professional self-regulation was an effort to turn anti-trust law on its head.  Writing in ProMarket, Sandeep Vaheesen explained

As conservative attacks on the New Deal gained traction starting in the mid-1970s, antitrust was an early target. Corporate executives resented how antitrust law and New Deal regulations in general restricted their freedom of action. For the corporate class seeking to overthrow these public rules, Robert Bork, a law professor at Yale, would be a savior. He had been concocting the theories by which corporations would overthrow the antitrust fetters of the postwar period.

Bork offered a radical reinterpretation of antitrust law. Inventing a legislative history out of whole cloth, he argued that Congress enacted the Sherman Act only to protect 'consumer welfare' and not to control the broader economic and political power of corporations. Further, based on hypotheses with little or no empirical support, he asserted that mergers and trade restraints allowed businesses to lower costs and improve services and thereby benefit consumers.

Bork did believe in one antitrust prohibition. He argued that collusion among rivals should be aggressively prosecuted. His conception of collusion swept broadly and did not differentiate, for example, between pharmaceutical companies conspiring to raise prices on prescription drugs and public defenders banding together to obtain a living wage.

In the 1970s and 1980s, corporate attorneys, citing and quoting Bork on behalf of their clients, found increasingly receptive audiences in the federal courts and agencies. The Supreme Court, starting in the Nixon years, and the Department of Justice and Federal Trade Commission, beginning with Reagan, were eager to read the theories of Bork into case law and policy. (In 1982, Reagan appointed Bork as a court of appeals judge and gave him the opportunity to directly rewrite antitrust doctrine.)

So, after a 1975 Supreme Court decision that held that learned professions (like medicine) were engaged in "trade or commerce," and hence were subject to anti-trust law, the American Medical Association abandoned its prohibition on commercial practice of medicine (look here).  Then, as discussed in Slate in 2009,


And central to making the markets "competitive" was preventing professional organizations from upholding any standards of ethics, or principles meant to put patients ahead of market concerns.

So now professional organizations and other non-profits supposedly devoted to patient care and medical education seem afraid to make any criticism of neoliberal or market fundamentalist dogma, those who espouse it, or the commercial firms that it enabled to run health care.

To prevent the next bankruptcy, and the next group of physicians to be sold off as assets, health care professionals will have to muster the courage to speak up against our gilded age masters.  Further, we will need to join other voices to renew the legacy of the trust busters, and disrupt the new gilded age before we all become serfs.

When I was growing up, there was a market for medical care. Physicians organized their (small) practices in a variety of ways and patients chose their doctors. It's ironic that the neoliberals destroyed what had been quite similar to an Adam Smith type market with many buyers and many sellers.