In a 2011 "White Paper" from a company PatientKeeper entitled "Toward Meaningful Usability: Five Keys to Creating Physician-Centric CPOE" (PDF), an organization whose motto is "Enabling Physicians to Focus on Patients ... Not Technology", I again note a common phenomenon.

They speak of "the failure of CPOE":

The failure of CPOE to date can be attributed to many factors that ultimately lead to a lack of physician adoption. CPOE systems have historically been designed to support the workflow of the departments responsible for fulfilling the orders rather than the physician workflow around entering orders. As a result, entering orders electronically can take significantly longer than written or verbal orders and often requires the physician to change the way they currently practice medicine.

That's a problem, considering the following observation (paraphrased from a "why-pharma-fails" post at this link):

"The machine was made for Clinicians, not Clinicians for the Machine."

But still, words are missing from the White Paper. Again, more on that in a moment.

... Hospitals often purchase CPOE on the premise that standardization of care through evidence-based order sets is the optimal way to improve patient care delivery and reduce healthcare costs. In fact, most standardized care is not
supported by evidence so spending months or even years to achieve order set consensus only serves to delay implementation and use while increasing the overall cost of the order entry system.

Well, yes, but where are those missing words?

Most CPOE systems expose physicians to all clinical alerts regardless of severity.
The preponderance of these alerts disrupts the ordering process, leads to alert fatigue, and results in frustration on the part of the physician. Finally, the number of available workstations, including those on the hospital floors and in patient rooms, is limited, and physicians may have to wait in queue to enter their orders. This may lead to an increase in verbal orders from the physician to the nurse, pharmacist, etc. as well as frustration with a process that requires more physician time than simple pen and paper.

There must be a lot of frustrated doctors out there. Still, the shibboleth terms are missing.

Cited are the usual KOL's:

The next generation of CPOE solutions must ultimately save physicians time, rather than simply being time-neutral. Otherwise, they will suffer the fate of most previous attempts to implement this required functionality – at the cost of improved patient care, better outcomes, and lost ARRA stimulus dollars.

In other words, the worst-case scenario is wasted promotional dollars and maintenance of the clinical status quo.

Here they are, the unaccounted-for outcomes of CPOE and its toxicity in its present form:

This was no mere White Paper. A more appropriate term might be a "Snow White" paper: 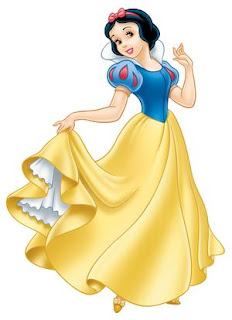 But the frustration among injured or dead patients and their families seems never to be mentioned or considered in this industry.

I pointed out that similar terms were missing from the PCAST (President’s Council of Advisors on Science and Technology) report on health IT at my Feb. 2011 post "Brief Comments on the PCAST Report on Health IT."

Email ThisBlogThis!Share to TwitterShare to FacebookShare to Pinterest
Labels: CPOE, Healthcare IT failure

PatientKeeper has a device to sell. The company needed just the right touch so as to not offend the perpetrators of dysfunction and error...but here comes along PatientKeeper with the answers.

Here comes along another layer of meaningfully useless HIT to befuddle the users.