This post can be considered Part 9 of my multi-part series on the mission hostile user experience presented by commercial healthcare IT.


Special K® Red Berries is one of my favorite cereals. 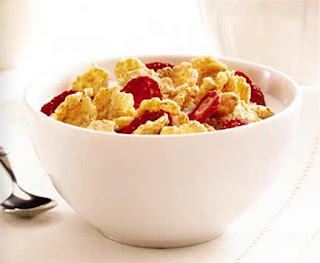 In this context, however, "Special K Red Berries" is a metaphor for cerebral and other hemorrhages caused by health IT getting in the way -- actually obstructing -- physicians ordering emergency medications such as vitamin K given via the fastest route, intravenously. 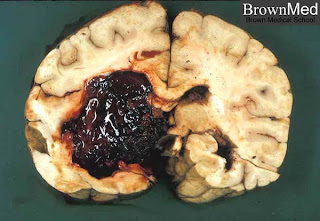 A cerebral hemorrhage at post-mortem (obviously). Note the "red berry." Similarities in appearance to above cereal bowl ironic.


This EHR system has been deployed for approximately a half decade in a hospital I'll leave unnamed.

It is stunning to me that no clinician has apparently ever complained about the following informatics/relational database integrity "glitch" regarding a not-uncommon clinical scenario, over-anticoagulation (too much blood thinner). If they did complain, however, it would be criminally negligent if the following issue was not corrected.

Atrial fibrillation (Afib) is a heart rhythm disturbance that makes a person prone to throw blood clots from the heart and suffer strokes, and is treated in part by anticoagulant drugs such as heparin and coumadin.


A patient with Afib on coumadin was found to be over-anticoagulated, with a dangerously high INR value, greater than 5. This patient already had a history of a life threatening subdural hematoma (bleeding hemorrhage under the lining of the brain, potentially fatal) a few years prior.

This, the patient was at great risk of catastrophe.

The international normalized ratio (INR) test is a measure of the extrinsic pathway of blood coagulation. It is used to determine the clotting tendency of blood...A high INR level such as INR=5 indicates that there is a high chance of bleeding.


Vitamin K (Aquamephyton) reverses the blood-thinning effects of coumadin. It acts most quickly and is most effective when administered intravenously.

That is, if the computer, now mediating and regulating an increasing amount of healthcare operations, allows the physician to order it that way.

It takes perhaps 3 seconds to write an order such as "aquamephyton 10 mg IV STAT", and a minute or less for the order to be called down to pharmacy by a clerk.

The computer version of the same task worked a bit differently for a very ill patient:

A hospital resident physician, when told to order IV Aquamephyton for urgent administration to this over-anticoagulated patient with atrial fibrillation who had already suffered a subdural hematoma, could only order it subcutaneously due to computer restrictions.

A half-hour of investigation, IT experimentation and phone calls needed to be made to the attending physician and the pharmacy to override that limitation, while the patient lay at critically high risk for another life threatening bleed. 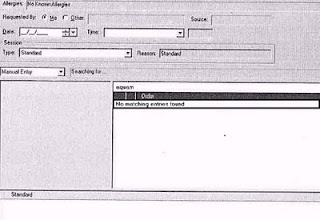 Screen 1. Click to enlarge. The physician typed the partial search term "aquam" to locate "aquamephyton", but the order menu stated that "no matching entries found." 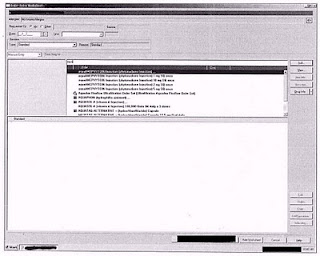 Screen 2. Click to enlarge. The physician as a guess then typed "aqua" (instead of "aquam") and the drug and dosing options are listed (but spelled wrong in 2 ways - "aquaAMEPHYTOIN" - which is why "aquam" failed to match anything). 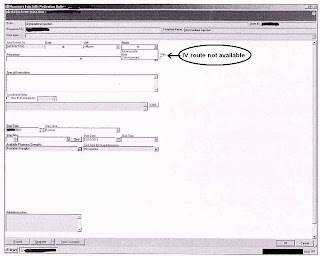 Screenshot 3. Click to enlarge. The physician clicked on the drug to override the fixed options presented in the listing, but the IV route of administration was not available in the drop down box, nor could it be entered in any way. 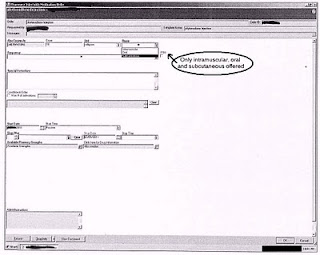 Screenshot 4. Click to enlarge. Same as #3 but with dose "10 milligrams" filled in. Still no option for IV route on the drop down. 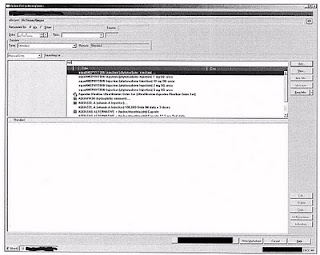 Screenshot 5. Click to enlarge. Continuing the doctor's waste of time and IT misadventure, the doctor typed in "aqu", which leads to the same options. Still no IV route available! Note that there is no automatic reference for the drug offered by the computer. 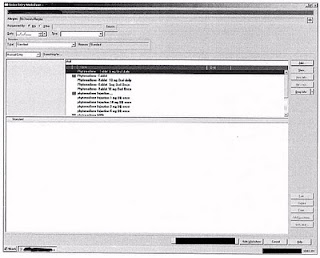 Screenshot 6. Click to enlarge. After consultation on phone with pharmacist, more time wasted, physician now typed in "phy" (part of the generic name for the drug, i.e., "phytonadione"). BINGO! More options are now available, that are continued on screenshot 7 after scrolling down. 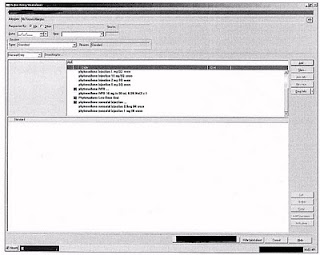 Screenshot 7. Click to enlarge. Med list has been scrolled down. Finally, an IV option is located after a bit of wild goose chasing. ("IVPB" stands for intravenous piggyback). Why were these choices not available under the drug's brand name? It's the same drug!

I won't even go into the computational-linguistics and HCI backwardness of forcing clinicians to go on a distracting 'treasure hunt' through a list of permutations of drug doses and routes, or a menagerie of widgets for parameter specification, for each drug they order, as compared to more advanced methods of command entry. Such methods would have the computer (via the programmers) algorithmically do the bulk of the work. The concept of "parsing" seems alien to health IT vendors, who seem stuck in the paradigms of an earlier data processing era. 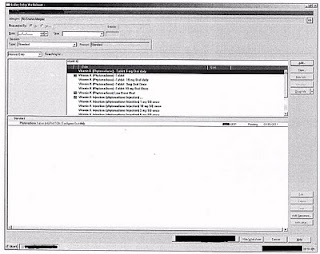 Screen shot 8. Physician typed in "vitamin K" and the same options appeared as with "phy." The computer response and administration options to the physician for any of these synonymous drug names should have been exactly the same (even with the "aquaamephytoin" misspelling, once the physician located the drug by luck).

The simple has been turned into the complex, with misspellings, delays and frustration, while a patient at great risk for literal red berries accumulating in his or her head lay in bad, waiting for treatment.

There are parallels between this "glitch" and glitches reported in a competitor's EHR reported by Dr. Jon Patrick in Australia at these links, e.g., regarding faulty data and linkages, user interface problems obstructing clinical work, etc.:

Some day you or your family member might be.

Live IT or live with it said...

What!?!?! As per contract, the HIT vendor is absolutely not responsible for this mess. The doctors and nurses should have realized the problem and corrected it themselves.

Live IT or live with it said...

We clearly need a new element in medical Board exams:

How did these errors get into the system, and why were they not corrected earlier?

Having worked in testing at IT companies, it is very shocking to see how health care it companies operate. The testing is done by interns and many of them have no idea about the medical field. And that's if any testing is done. Typically there is a rush to deliver the software to meet some deadlines and is up to hospitals to find these errors. It appears that many HIT vendors operate this way.

Typically there is a rush to deliver the software to meet some deadlines and is up to hospitals to find these errors.

You mean, patients. Think about it.

There are various apps for Androids and iphones that include lists of prescription medicines, brand and generic , that are cross-referenced, include various dosages, etc. ePocrates and PEPID are professional products, others are meant for consumers, many are free. Huge problem if these guys can get it right while large multi-million EMRs can't.