In news that must have been leaked by anonymous spies after being kept at a level of "Top Secret" and not acted upon for decades, Healthcare IT News reports on the healthcare IT user experience:

Healthcare IT News (3/10, Merrill) reported, a survey conducted by the American College of Physician Executives found "that although more physician leaders are using healthcare information technology, they still find it clunky and unresponsive to their needs." The survey of 1,000 ACPE members "revealed that the biggest source of frustration is a lack of input from physicians when designing and implementing healthcare information technology systems. Many said involving clinicians at the planning stages would pre-empt many of the problems that crop up later." [ya think? -ed.]

One respondent noted that "systems are chosen according to administrative criteria rather than what physicians need."

The Top Secret material has this been revealed. Call in the FBI ...

Seriously, it almost seems there must have been an industry agreement to keep this information a secret before now, since people in my field, Medical Informatics, have been writing this for a long time, decades in fact. Yet nothing much has occurred as a result of those writings.

In other cases, people in this field have been writing on this for not a decade, but several decades.

As far back as 1969, EMR and Medical Informatics pioneer Donald A. B. Lindberg, M.D., now Director of the U.S. National Library of Medicine at NIH, made the following observation. He wrote that "computer engineering experts per se have virtually no idea of the real problems of medical or even hospital practice, and furthermore have consistently underestimated the complexity of the problems…in no cases can [building appropriate clinical information systems] be done, simply because they have not been defined with the physician as the continuing major contributor and user of the information" (Lindberg DAB: Computer Failures and Successes, Southern Medical Bulletin 1969;57:18-21).

Only an industry lost in arrogance and unaccountability, and physicians demoralized into a state of (as one lawyer termed it) "learned helplessness" could create such a ludicrous and in fact dangerous scenario, after 30+ years of effort.

Was the industry learning nothing during that time?

Physicians should refuse to use Health IT that has not undergone documented, rigorous user experience testing and that might have hundreds or thousands of unremediated defects and deficiencies that healthcare systems may be contractually obligated not to disclose.

Interestingly, at yesterday's Health Affairs-sponsored health IT briefing "Stimulating Health Information Technology" in Washington, DC, kicking off a special HIT-focused issue of Health Affairs (Mar/Apr 2009), the only speaker who even mentioned the deficient health IT user experience and the need to improve it was self-described "only a software guy" Peter Neupert of Microsoft. Mr. Neupert mentioned the issue almost in passing during his talk.

When I spoke to him afterward, he did not seem to understand the criticality of the point he made, even when I reminded him of how much time and resource Microsoft devotes to improving the user experience of its operating systems.

In fact, the sine qua non of health IT is the enabler of healthcare, the clinician. Health IT that presents a poor user experience is not optimally helping healthcare enablers, nor, I might add, healthcare facilitators (i.e., everyone else in healthcare who does not see patients), healthcare payers, and finally the "customers" of healthcare, namely, all of us.

It troubles me that in this special issue of Health Affairs, even sober articles critical of HIT in its present form carried subtitles somewhat detached from reality. Jos Aart and Ross Koppel's article "Implementation of Computerized Order Entry in Seven Countries" carried the curious subtitle "Although hospital's uptake of CPOE is generally low, nothing diminishes CPOE's promise for patient safety and cost savings."

Nothing at all, except these, as mentioned in the article itself, starting off with our old friend:

I asked Koppel about the ebullient subtitle. To the best of his memory, he did not recall writing it.

Dr. Farzad Mostashari of New York City’s Primary Care Information Project (PCIP) described how 25% of the physicians mandated to use EHR "hate it", with many others suffering significantly longer workdays as servants of the computer data overlord.

I am sad to say that the overall attitude at the Health Affairs meeting, with a few exceptions such as from privacy rights advocate Dr. Deborah Peel of patientprivacyrights.org, seemed one of physicians as indentured servants. The purpose of HIT as expressed seemed to be to make the indentured service better and cheaper, with little thought given to the life and comfort of the servant, the optimal leveraging of his or her training, experience and judgment, or the usability of his or her accouterments.

Physicians need to extend the Phrygian cap and stand up for a far better HIT user experience than is provided now. 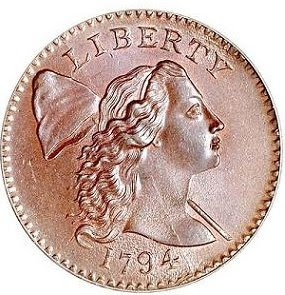 Posted by InformaticsMD at 12:57 PM

Until organizations are willing to cover a provider's patient care absence to design a solid system, we will never gain acceptance.

That this is a major problem, you will get no argument from me. However, it's essential. Without the input of at least a half dozen invasive cardiologist for ~2 hours weekly for six months, the invasive cardiology clinical information system I architected at Christiana Care in Mr. Biden's home state would not have been a reality.

These cardiologists, far as I know, gave their own time for this initiative. However, most physicians especially in primary care cannot be so generous.