Seeking justice for healthcare errors is often a disconcerting, if not sordid affair. This can be gleaned from recent posts such as here, here, and here.

The civil justice system is slow, subject to legal stalling tactics, and not exactly easy to navigate.

Fortunately there are medical watchdog organizations that are not simply figureheads, rubber-stampers or puppets for large healthcare organizations. They call a spade a spade.

I had filed, at the request of my mother when she was still lucid and living, a complaint in Dec. 2010 with the Medicare Quality Improvement Organization (QIO) in the region where my mother was treated and injured earlier that year, related to an EMR system's deleterious effects on care continuity.

A critical heart medication of appx. eight years simply vanished from the EMR system, whose output was then taken as gospel throughout an ED stay of several hours, ICU admission, and transfer to floor several days later. This was despite the explicit history given by patient and family (me), resulting in catastrophe.

The QIO investigated and the records were reviewed by an independent expert physician of the appropriate specialty. The QIO's findings are as follows, redacted of names, places and dates; emphases mine.

It's regrettable that my mother left this earth several months ago, due to the injuries she sustained, before seeing this report's findings:


July ##, 2011
Dear Mr. Silverstein, [Dr., actually - ed.]
... In response to your initial written concern, a QIO physician has reviewed the medical records concerning the services your mother received on 05/##/10 at [YY Hospital].
You are concerned about the following:
Concern:
Your mother was admitted at [YY Hospital] on May ##, 2010. You are concerned regarding the failure of the staff to properly conduct medication reconciliation which resulted in denial of a critical heart rhythm maintaining medicine, Sotalol, to your mother who had been taking it for approximately 8 years.
Response:
A QIO physician reviewer has reviewed the complete medical record for this admission and previous admissions ... Appropriate medication reconciliation of this medication appears not to have been performed. Therefore, a quality of care concern has been identified and confirmed.
[The reconciliation failure resulted in rapid atrial fibrillation, an extremely high-risk scenario in a patient with tight bilateral carotid stenoses who in fact presented with an almost-stroke, i.e., transient ischemic attack or TIA. Needless to say, all the clinicians in this case should have exercised the highest levels of caution - ed.]
Concern:
You are concerned that this failure resulted in lack of continuity of care and many medical complications your mother suffered which include, permanent CNS and cardiac injury as well as increased risk for CVA.
Response:
The QIO physician determined that there is a lack of continuity of care based on the review of the medical records submitted. It appears that the failure to administer Sotalol resulted in the recurrent atrial fibrillation on 5/##/10 and other subsequent medical complications. Therefore, a quality of care concern has been identified and confirmed.
[Those 'subsequent complications' included need for high-risk IV heparinization and electrical shock of the chest to stop the fibrillation after Sotalol restart, iatrogenic brain hemorrhage of the cerebellum from IV heparin requiring emergency brain surgery, brain stem compression causing months of swallowing paralysis, permanent atrial fibrillation untreatable with coumadin after forced Sotalol withdrawal post-bleed due to widened electrical intervals, need for TPN-total parenteral nutrition (nutrition via IV) and surgically-placed feeding tubes in the stomach, muscle wasting, prolonged agitated delirium resistant to treatment, progressive memory deficits, seizures, sepsis, hypoglycemia, hyponatremia, hypothermia (that themselves could have caused death), need for extensive rehab, permanent gait problems requiring a walker ... and others, and finally - wrongful death, apparently of aspiration pneumonia. She suffered greatly, and so did I, taking care of her at home and not putting her in a nursing home (as I'd promised her I would not do before her mind went) - ed.]

... After a thorough review of your medical records and any additional information provided by the facility, we determined that the services your mother received did not meet applicable professionally recognized standards of health care. [That phraseology might be considered a technical description of malpractice - ed.]
... We share your concern about the quality of service your mother received and have initiated appropriate action as warranted by our review findings.
[I was told by QIO representatives that the hospital was required to develop and/or follow a remediation plan to prevent further errors of this kind, and report back to the QIO for several quarters on their progress - ed.] 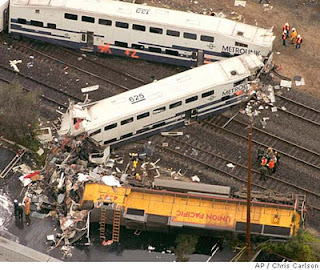 In medical parlance, my mother was turned into a clinical train wreck.

So, there are in fact organizations that will not tolerate substandard medical care.

These organizations need to receive increased influence and authority.

Further, more patients need to be aware of them, and use them.

Patients would have remained at risk without a remediation plan put upon the hospital by Medicare's QIO after an injured patient's complaint. This is in the face of the hospital's having been warned in writing about serious problems in their electronic systems in April 2010, yet its recipients conspiring to ignore that warning (was their Board informed, I wonder?) - resulting in medical disaster just a month later. (See "A Diary of EHR-Initiated Tragedy.")

Of course, I mentioned early in this post that seeking justice is not a linear process.

It seems part of the problem is that many hospitals have problems with basic honesty, accountability, and medical common sense.

Exhibit one in that regard is the statements from the hospital's representatives even after Medicare found them to have not met applicable professionally recognized standards of health care:

"Defendant is unable to determine what plaintiff's claims are."


Hear that, Medicare? Let me emphasize:

The claims are not exactly rocket science. The Complaint states in relatively plain English:

Count (4) This is a professional liability action involving the failure of the defendant's EMR system to properly identify and report a patient's medications to ensure continuity of treatment.

Count (23) As a result of the failures to continue the Sotalol treatment identified above [i.e., earlier counts - ed.], plaintiff has suffered the complications as identified herein and as in the medical records.

The Defendant's claim that "Defendant is unable to determine what plaintiff's claims are", if not made perjuriously, raises the question: can the hospital and defense team read their own medical records?

It's not as if the hospital doesn't have access to the same records as Medicare. In fact, the hospital originated those records.

Perhaps they cannot understand the thousands upon thousands of pages of legible gibberish output by their EMR systems (2,900 pages alone - almost six reams - in just the first two and a half week portion of months of hospitalization/rehab, plus recurrent rehospitalizations; do the math), whereas Medicare had me to summarize the history for them?

On issues of health IT's role in the errors, the Defendant's response is Blame the Vendor:

"Claims are more appropriately brought against the software manufacturer."

[Which could likely have a "hold harmless" agreement with the hospital; cf. Koppel and Kreda in JAMA - ed.]


This is reminiscent of the legal hemming and hawing in the aforementioned cases linked at the beginning of this post, and leads me to conclude many hospitals are, through legal games and technicalities, burying their cybernetic mistakes with little accountability.
Of course, the hemming and hawing nets defense attorneys probably $400+ per hour of the hospital's money. (In view of the July 2011 QIO report, some might consider that as defrauding the hospital...) 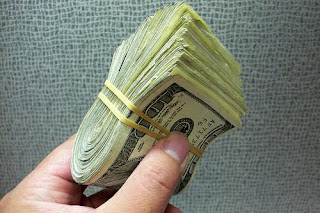 When Medicare finds you provided care that "did not meet applicable professionally recognized standards of health care", perhaps it's not best to throw wads of good money after bad on legal expenses to defend that you "don't know what the claims are, and it's the computer company's fault anyway."

I submit that if after Medicare finds hospitals to have not met applicable professionally recognized standards of health care resulting in severe patient injury and then death, yet the hospitals profess they "cannot determine plaintiff's claims", and seek to pass blame to vendors of medical devices they themselves willingly purchased and implemented that contributed to the harm, and other legerdemain, then ...

Those hospitals needs to find themselves new medical and Board-level leadership.

This is especially true when experts have forewarned them about medical device deficiencies that could result in patient harm.

The Defendant's lawfirm in this story just yesterday searched Google on the phrase "Quality Improvement Organization Civil Litigation." One might wonder if they were doing such searching - back in July when the QIO report was released to me, and presumably their client hospital.

Perhaps they should also check on "QIO criminal litigation."

The time has come for hospital executives to be charged with crimes as is is they who have purchased the HIT systems that have resulted in the defective care that kills patients. They have been aware of the dangers of said devices and they DO NOTHING.

Errr, not exactly do nothing...they extend threats and retaliate against the dastardly disruptive physicians who complain.

Errr, not exactly do nothing...they extend threats and retaliate against the dastardly disruptive physicians who complain.

I myself have been threatened for trying to ensure my mother did not get maimed twice (well, three times, actually).

However, an upcoming investigation I initiated will hopefully show that the threats were part of an overall pattern of conduct that included such abuses as attempted evidence spoliation.

Now that I think of it, make that four times, maybe five.