New ONC Director Karen De Salvo seems no better than her predecessors - risk, harms and deaths due to health IT apparently OK for now, and all we need is a "Safety Center"

Karen De Salvo has assumed the role of Director of ONC, the office of the National Coordinator for Health IT at HHS (http://www.healthit.gov/newsroom/dr-karen-desalvo-md). 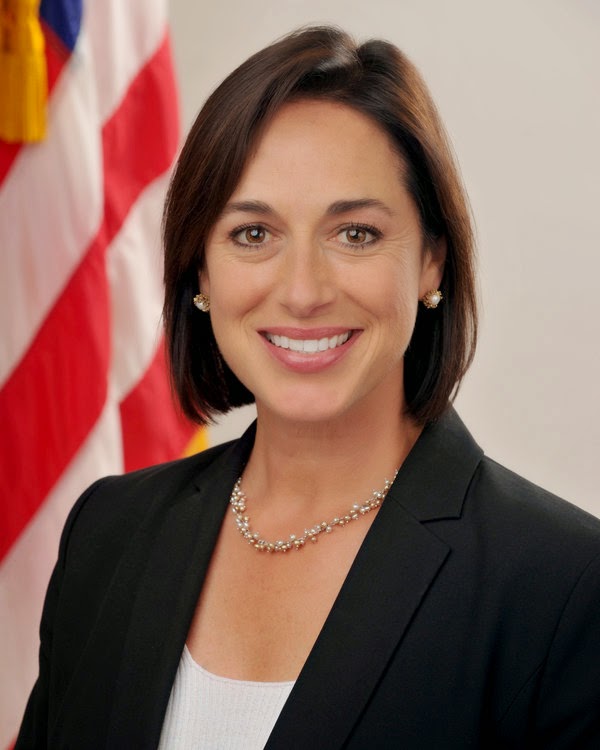 In response to perhaps the most candid exposé in the public media to date of the risks and defects of current commercial health IT, industry conflicts of interest, and injuries and deaths, that appeared on July 20, 2014 in the Boston Globe under the title "Hazards tied to medical records rush" (http://tinyurl.com/lm7x34h) by the Globe's Washington bureau chief Christopher Rowland, Ms. De Salvo authored a letter to the editor.

DeSalvo is new to the job, but not to the political message of unbridled health IT hyper-enthusiasm and pointless "Safety Centers", instead of formal regulation as in other mission critical industries using IT (including pharma, for one).


Her letter, with my comments:

Letters | CHALLENGES IN THE MOVE TO ELECTRONIC MEDICAL RECORDS

Many health-IT success stories to note

I was disappointed to read “Risks, some dire, tied to medical records rush” (Page A1, July 20), as it failed to mention any examples of patients and their health care providers benefiting from the use of health information technology, including electronic health records.

As to "disappointment", nearly the entire healthcare and lay press is filled with "success stories" and other propaganda.  There is, in fact, no need for artificial and industry-favoring "balance" in the rare article about the downsides. The industry has its own very large mouthpiece.  (This is the response we at HC Renewal give to critique that we're not "balanced" in every post.  It would be as if every article on defective avionics and pilot training issues that cause hundreds to die (e.g, Air France Flight 447, http://en.wikipedia.org/wiki/Air_France_Flight_447) should be accompanied by articles on just how many non-fatal flights there are, too; or as if every article about criminals has to mention there are good people, too.)

Such success stories are playing out across the country daily, including in Boston, and their omission from the article incompletely portrays the important role of electronic health records in improving patient safety and outcomes.

Problem is, this is not how Western medicine is supposed to work - by HHS's own policies on research ethics, and international agreements and treaties based on work that arose after WW2's medical abuses, no less, e.g., the Nuremberg laws.

In medicine, legal and ethical standards such as the NIH Guidelines for Conduct of Research Involving Human Subjects (http://grants.nih.gov/grants/policy/hs/regulations.htm), the World Medical Association Declaration Of Helsinki (http://www.wma.net/en/30publications/10policies/b3/) and others restrict introduction of new drugs and medical devices without informed consent, and without extensive preclinical and clinical testing and post-marketing surveillance, especially when risks of the technology are unknown.

And health IT is decidedly experimental, considering we don't even know the true extent of harms, by multiple admissions (by FDA, IOM, ECRI etc., see http://hcrenewal.blogspot.com/2014/04/fda-on-health-it-risk-reckless-or.html).

Also see my post Mar. 12, 2012 post "Human Subjects Experimentation Directives Ignored in the Grand Health IT Experiment?" at http://hcrenewal.blogspot.com/2012/03/human-subjects-experimentation.html.  The highlights, emphases mine:

Perhaps they don't teach these things at Harvard?

Back to De Salvo's letter:

A fully electronic health system can help identify and prevent potential medical errors. The Office of the National Coordinator for Health IT has taken steps to address the safe use and implementation of electronic health records, including sponsoring the Institute of Medicine report referenced in the story.


And since that 2012 report, which acknowledges that bad health IT causes risks, errors and harms to a definite but unknown magnitude (see bottom section of my post at http://hcrenewal.blogspot.com/2012/03/doctors-and-ehrs-reframing-modernists-v.html), ONC has done next to nothing. People are exposed to risk, harms and deaths and that seems just fine to ONC, for if it were not, they would have acted aggressively - say, as if a type of jet plane, or nuclear power plant had been revealed to pose risks and dangers to the community.

As Mr. Rowland himself pointed out in the Boston Globe article:

... In 2011, the Institute of Medicine said the lack of a central repository for reporting error-prone software, patient injuries, and deaths, combined with nondiclosure and confidentiality clauses in vendor contracts, “pose unacceptable risks to safety.”

It strongly recommended that the Obama administration mandate that vendors report “deaths, serious injuries, and unsafe conditions” to a centralized, government-designated entity. Such reports should be made available to the public, it said, without information that would identify individual patients and providers.

... On February 7, 2014, GM recalled about 800,000 of its small cars due to faulty ignition switches, which could shut off the engine during driving and thereby prevent the airbags from inflating ... GM says it expects to charge $1.2 billion against its second quarter earnings as a result of its ongoing recalls, and the charge could get worse as lawsuits and investigations continue.

The fault had been known to GM for at least a decade prior to the recall being declared.  Some have suggested that the company actually approved the switches in 2002 even though they knew they might not meet safety standards.

The company is facing multiple investigations into why it did not attempt to fix these faulty ignitions sooner, including a federal criminal probe, as well as a probe led by Anton Valukas, the latter of which produced a report which GM made public on June 5, 2014.


Instead of a serious approach to safety, ONC and De Salvo champion window dressing:

Most recently, the Office of the National Coordinator, the Food and Drug Administration, and the Federal Communications Commission issued a proposed plan that would include the creation of a health IT safety center, which would assist in the voluntary reporting of health IT-related medical errors. Many patient advocates, medical professionals, and other stakeholders have expressed support for this approach.


"Many?" - The consensus views, often dominated by industry insiders and others with conflicts of interest, is how ONC and De Salvo apparently think safeguarding the public is to be done.  Those who veer from this "consensus" with facts of risk and harms are to be ignored.

As to the hypocrisy and absurdity of a toothless "health IT safety center", see my April 9, 2014 post "FDA on health IT risk: reckless, or another GM-like political coverup?" at http://hcrenewal.blogspot.com/2014/04/fda-on-health-it-risk-reckless-or.html.

The hundreds of thousands of providers successfully and safely using electronic health records today show that health IT can, and does, improve health and health care.


Ms. De Salvo apparently never got this Mar. 14, 2014 CMS memo that was sent in response to a query by the American Association  of Physicians and Surgeons:

However, in politics, such issues do not seem to matter as compared to passing along the party line.

In medicine, they do matter.  Very much so (see http://hcrenewal.blogspot.com/2011/06/my-mother-passed-away.html).