A Beach Too Far - Ill-Informed, Conflicted Members of the "Beachhead Team" for the Department of Health and Human Services

ProPublica recently published an article describing the so-called "beachhead teams" sent by the Trump administration to various US federal departments and agencies.  The article stated


While President Trump has not moved to fill many jobs that require Senate confirmation, he has quietly installed hundreds of officials to serve as his eyes and ears at every major federal agency, from the Pentagon to the Department of Interior.

Unlike appointees exposed to the scrutiny of the Senate, members of these so-called 'beachhead teams' have operated largely in the shadows, with the White House declining to publicly reveal their identities.


Why these teams were described in terms of a military invasion is not clear.  A beachhead more usually looks like: 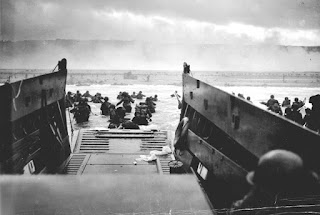 
However, a Politico article suggested

Trump’s team has long worried that career federal workers and President Barack Obama’s political appointees will seek to undermine the president-elect’s agenda. The transition sees the beachhead teams, named after the line of defense that the military constructs as it lands in enemy territory, as a check on existing agency officials.

Who Are These People?

The ProPublica article suggsted that some of the personnel on these teams might have conflicts of interest, including


dozens of Washington insiders who could be reasonably characterized as part of the 'swamp' Trump pledged to drain.

The list is striking for how many former lobbyists it contains: We found at least 36, spanning industries from health insurance and pharmaceuticals to construction, energy and finance. Many of them lobbied in the same areas that are regulated by the agencies they have now joined.


The ProPublica article provided more detail about specific people, including a few on the Department of Health and Human Services (DHHS) "beachhead team."  To supplement this information, I attempted to identify and characterize the background of all 32 members of this team contained in the ProPublica roster.

The full list of names, my characterizations, and its sources appear at the end of this post.  There were 5 people I could not identfy,  Of the 27 I could, I found they included...

The ProPublica article profiled three people in detail, as "swamp denizens, including health care lobbyists hired by HHS Secretary Tom Price."  These were:

Alexandra Campau, hired at the department of Health and Human Services, was formerly a lobbyist in Washington for the law firm Cozen O’Connor. According to disclosure records, her firm’s clients included a licensee of insurance giant Blue Cross Blue Shield, and Fresenius Medical Care, a German company that specializes in medical supplies for renal dialysis.

Timothy Clark, a senior adviser to HHS Secretary Tom Price, ran his own political consulting firm in California. His past clients included PhRMA, the powerful trade group that represents the pharmaceutical industry.

Keagan Lenihan, also a senior adviser to Price, was a director of government relations at McKesson Specialty Health, a firm that supports independent health providers. Disclosure records show Lenihan directly lobbied HHS. For Lenihan, the new post represents a return trip through the revolving door between government and the private sector, and a reunion with an old boss. Before registering as a lobbyist, she was a senior legislative assistant for Price, when the now-HHS secretary was in Congress.

Asked about the three HHS staffers, an agency spokeswoman said: ''e are not confirming or commenting on personnel at this time.'


In addition to these three, I found:

John Kalavritinos, who was a global lobbyist for Covidien, a pharmaceutical company, from 2008-2015, as we discussed here.

Lance Leggitt, who has become Secretary of DHHS Dr Tom Price's chief of staff, "oversaw health care lobbying for Baker Donelson for 11 years," according to StatNews.

Paula Stannard, formerly a lawyer for Alston and Bird, who "joined the health care practice of this law firm after serving in the last Republican administration as deputy general counsel to the Department of Health and Human Services. She was responsible for food and drug issues and other matters, including federal health insurance and public health preparedness,..." according to StatNews.  But also, the "firm has earned more than $4.4 million lobbying so far this year for health care companies and trade groups including Novartis AG, Verax Biomedical, the American Hospital Association, St. Jude Children’s Research Hospital, and Aetna...."

The largest group of people on the list were former staffers for US legislators, US congressional committees, and state officials.  I counted 12.  Apparently all the legislators they served were Republicans.  Some worked in health policy.

I identified 7 people who worked for organizations I loosely characterized as ideologically or religiously oriented non-profits.  The details are below, but the organizations included the National Council of Catholic Women, the Alliance Defending Freedom, the Committee for a Responsible Federal Budget, the Heritage Foundation, Concerned Women for America, and the American Media Institute.

The closest I came was Kamran Daravi, described in an article in Politico as someone who "graduated from St. John's University in New York City in 2014 and received his master's in public health from the school earlier this year. Most recently, Daravi was with the United Nations."

The purpose of the "beachhead teams" dispatched to the DHHS is still obscure.  It seems likely that  the team is meant to have a major early influence on operations of the Department, which has very important health care regulatory responsibilities, sponsors major biomedical and health care research programs, and administers the major government health insurance programs.  Given that, why the Trump administration chose thes particular team members is more obscure.  None have apparent experience as health professionals or as medical or health care researchers, and many do not seem to have any knowledge of or affinity for health care, biomedical science, or public health.

As we have noted (here, here, here, here, and here) the people the Trump administration has chosen so far for health care leadership positions have had conflicts of interest remarkable for their prevalence and severity.  While President Trump claimed famously that he would drain the Washington, DC "swamp," he seems to be rapidly repleting that swamp's health care subdivision.

True health care reform requires well-informed leaders who uphold health care professionals' values, put patient's and the public's health ahead of all other considerations, avoid self-interest and conflicts of interest, are honest and ethical, and surely are not corrupt.  We seem to be getting farther and farther from that ideal.


Alexandra Campeau
lobbyist, see Pro Publica
her husband is manager for major gifts from corporations and individuals at the Heritage Foundation; in laws own assisted living center,look here