It used to be so simple.  Yes, we had to cope with deception in marketing.  Commercial sponsors of clinical research were known to manipulate the research, and even suppress research with results unfavorable to them.  Key opinion leaders spun medical education and the media.  But it was all releatively straightforward in some senses.  It was all at least mostly based on medical knowledge and clinical research.  The purposes of the spin and deception were commercial: the goal was selling more products or services.  With some digging, the conflicts of interest sometimes could be discovered.

What can health care professionals do before we go under?

A May, 2019, MedPage article entitled "a prescription for treating fake health news," noted how the rise of social media enabled disinformation:

Although patients' misconceptions, lack of logic, and superstitions have complicated the work of doctors since the first doctors existed, the advent of social media has taken the problem to a new dimension.


The articles listed a series of factors that increased the potency of disinformation spread by social media:

Lies may spread faster than the truth. Researchers at the Massachusetts Institute of Technology analyzed a set of about 126,000 news stories disseminated on Twitter from 2006 to 2017. They found that more people retweeted false information than true information. The researchers speculated that people may have passed along the fake news more readily because it was more novel and evoked more emotion.

The wide dissemination means that some patients may receive the same false messages repetitively. In another study, Yale researchers found that the more often people receive the same message, the more likely they are to believe it, even when the message is labeled as disputed by social media fact checkers.


Also, people attend more to the immediate source of information than its origin:

when people are evaluating the reliability of health information shared online, they care more about who shared the information than they do about the original source, according to an American Press Institute study.


The article went on to discuss how individual physicians could help individual patients understand how disinformation may dupe them.  However, this is is a retail solution to a huge wholesale problem.

What Can Health Professionals Do on Social Media to Counter Disinformation?

Note that while we know something about how medical/ health care/ public health disinformation is spread, we still know little about the cause of the plague.  Unlike the old style of deception, it is not obviously based on the self-interest of companies trying to sell products or services.  Nonetheless, we need to fight disinformation even if we do not fully understand its causes.  And we know a little bit about how that could be done. The bottom line is that health care professionals need to use the same social media that is spreading disinformation to counter it with the truth.


Two recent articles specifically encouraged physicians to get online now (even if they are uncomfortable with the brave new world of the internet.) 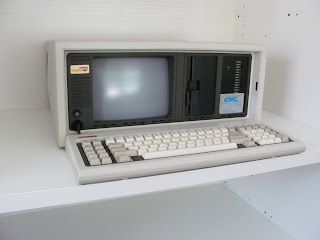 [We cannot pretend the internet is only for computer nerds, as it may have been at the time of the debut of this original Compaq 286 Portable, the original Microsoft DOS based "portable," actually "luggable" computer]


In June, 2019, a CNBC article profiled one physician pioneer who urged all concerned health care professionals to confront disinformation on social media.

The antidote to fake health news? According to Austin Chiang, the first chief medical social media officer at a top hospital, it’s to drown out untrustworthy content with tweets, pics and posts from medical experts that the average American can relate to.

Chiang is a Harvard-trained gastroenterologist with a side passion for social media. On Instagram, where he refers to himself as a '“GI Doctor,' he has 20,000 followers, making him one of the most influential docs

Every few days, he’ll share a selfie or a photo of himself in scrubs along with captions about the latest research or insights from conferences he attends, or advice to patients trying to sort our real information from rumors. He’s also active on Twitter, Microsoft's LinkedIn and  Facebook (which owns Instagram).


He exhorted his fellow physicians to get involved:

'This is the biggest crisis we have right now in health care,' said Chiang. 'Everyone should be out there, but I realize I’m one of the few.'

According to Chiang, doctors have historically been reluctant to build a following on social media for a variety of reasons. They view it as a waste of time, they don’t know how, or they fear they might say the wrong thing and get in trouble with an employer. Others prefer to spend their time communicating with their peers via academic journals.

But as Chiang points out, most consumers do not pore over the latest scientific literature. So health professionals need to take the time to start connecting with them where they do spend their time — and that’s on Facebook and Instagram.

So he’s working to recruit an army of physicians, nurses, patient advocates, and other health professionals to get online.


Similarly, a June, 2019, commentary in the Lancet by social media pioneer Dr Jennifer Gunter, an obstetrician-gynecologist, who described her realization

Clearly, we needed a better medical internet. So, I decided to help fix it. I started blogging to help parents navigate the gauntlet of prematurity, but greeted with so much misinformation and disinformation about vaccines I began to think about my own field, gynaecology. What disastrous information were my patients finding online?

There was not just misinformation and disinformation about medical care. Practical day-to-day things, not typically addressed by medicine, were especially ripe for abuse—for example, how to select menstrual pads or pubic hair grooming. And many sites contained even greater dangers, notably, exposure to anti-vaccine or other medical conspiracy theories.

Meanwhile, do not neglect to provide your patients with accurate information, or spreading the truth by older means:

Persuading individual parents is one thing. But trying to debate with the more determined anti-vaccination activists can be a futile endeavour, not played by the rules healthcare experts are used to.

Every scientific paper in support of the cause (whatever its quality) and every commentator sympathetic to the cause (expert or not) is selectively harvested and cited. Allegedly hidden harms and risks of vaccination are highlighted. If you’re not a genuine content expert it’s impossible to wade through each individual source to appraise it or understand its limitations. If you really are a content expert, steeped in the science and leadership of mass vaccination—or an official body, from Public Health England through to WHO or the UN—you’ll be labelled as being close to (and influenced by) the vaccine manufacturers, and the impartiality of your advice will be questioned.

Reports of outbreaks and rising infections will be dismissed: 'How many of those cases were actually verified?' The severity of the disease we’re trying to prevent will also be questioned. Measles and other preventable childhood infections can kill or bring serious long term damage and disability, but these consequences will be minimised to suit the cause. You’ll be told that not all vaccinated people mount a sustained immune response (which is precisely why we need a high uptake for herd immunity).

Don’t be surprised if your defence of mass vaccination against refuseniks leads to attacks on social media or impassioned private correspondence. If you push back, the whole cycle will start again.

The idea of children developing natural, normal immunity through exposure to infections will be romanticised. Arguments about the collective societal need to vaccinate our own children so that we don’t put other children at risk will be either ignored or represented as a callous attack on parents and dismissal of their concerns—potentially a bad look for doctors and nurses, even when acting for a greater cause. And suggestions that vaccine refusers are putting their own children at risk will be used to make those doctors look even worse.

However, this is not the time for the faint-hearted.  While one may not persuade the fanatics, but have some hope that it is possible to advance the truth.   Do not forget the importance of the battle.

To quote a June, 2019, Bloomberg op-ed about the the need to challenge disinformation in the political sphere,

The culture war gets a lot of attention, in part because it’s easy both to understand and to pick a side. But it’s the epistemology war – the partisan effort to break the power of facts, knowledge and expertise, and to destroy the means of assessing them -- that will determine whether the U.S. can secure a decent society in the future.

That war is Sisyphean, with victory perpetually subject to savage reversals.


What we have to do is

Speak. Repeat. Speak again. Lace up your Marine boots and put on your Republican suit. There’s a war on.