Tom Mueller just published a monumental work on whistleblowing, Crisis of Conscience - Whistleblowing the an Age of Fraud 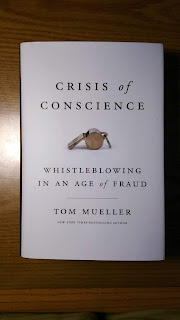 The introductory chapter starts with the TMAP/ Risperdal/ Johnson and Johnson case.  We first posted on this case in 2006 here.  Briefly, as revealed by whistleblower Allen Jones, Johnson and Johnson subsidiary Janssen was accused of conducting a campaign of deception, which we labeled a systematic stealth marketing campaign, to push use of the  anti-psychotic drug Risperdal (risperidone).

I am taking this opportunity to provide brief excerpts showing the very earliest beginning of my realizations that health care professionals were losing control of medicine, and health care.

The Early Days of Managerialism

1978, during my internship, from the haze of sleep deprivation, remembered with emotion

In October 1978, Dr. Roy Poses, an intern at the University Hospital in Boston’s South End, the teaching hospital of Boston University, had just completed the first twenty-five hours of another brutal, sleepless shift. 'People were horrendously overworked,' Poses remembers. 'You walked in at seven a.m. and worked to seven p.m. the next day, with about two hours of sleep— no night floats, no day floats, no hours restrictions.' Waiting for an elevator, eyes glazed and head bowed with fatigue, he wondered how he’d get through the day. When the elevator finally arrived, he stepped on, and found himself surrounded by men and women whose perfumes and colognes contrasted with the alcohol and disinfectant of the ward he’d just left, much as their tailored business suits contrasted with his body fluid–flecked, sweat-soaked scrubs. Conversation ceased. The well-groomed visitors were all watching him. 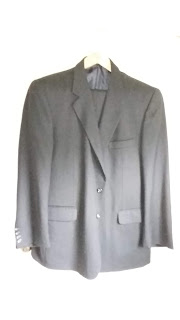 'It took me a while to figure out who they were,' Poses remembers. 'They certainly weren’t doctors or patients. They were too well-dressed to be vendors. I thought they might be bankers.' Eventually he understood: these were the hospital’s financial executives, just arriving for their day’s work in the management suite on the top floor. 'I felt like rubbing up against them and saying, ‘Go ahead, folks, take a whiff! I’m the guy you’re paying minimum wage to keep this f***in’ place running.’


Sorry, but to this day, it inspires anger.  As Mueller later noted

This was Poses’s first encounter with managerialism, which has seen financial managers take control of major hospital chains and other healthcare providers. He initially believed that the problem was limited to Boston University. 'I just assumed that the chief of medicine and the chief of surgery ran most hospitals, and that the business people worked for them, to keep the finances straight.' In fact, at that point CEOs, CFOs and COOs were a rarity at hospitals. 'There might have been an ‘executive director’ or a ‘hospital superintendent,’'  Poses remembers, 'but he was a retired doctor, and his office wasn’t too grand. There were ‘hospital administrators,’ but you’d only contact them if the lights went out or there were no linens on the beds.' However, as he moved to other posts at university medical centers in Pennsylvania, New Jersey and Virginia, before ending up at Brown University medical school in 1994, he found the same widening gulf between the values of medicine and the methods of hospital leaders, most of whom were skilled in capital rather than health.

Since we started Health Care Renewal, we have discussed the rise of generic managers, which later we realized has been called managerialism, quite a bit. Managerialism is the belief that trained managers are better leaders of health care, and every other sort of organization, than are than people familiar with the particulars of the organizations' work.  Managerialism has become an ascendant value in health care over the last 30 years.  The majority of hospital CEOs are now management trained, but lacking in experience and training inmedicine, direct health care, biomedical science, or public health.  And managerialism is now ascendant in the US government.  Our president, and many of his top-level appointees, are former business managers without political experience or government experience.

We noted an important article in the June, 2015 issue of the Medical Journal of Australia(1) that made these points:
- businesses of all types are now largely run by generic managers, trained in management but not necessarily knowledgeable about the details of the particular firm's business
- this change was motivated by neoliberalism (also known as economism or market fundamentalism)
- managerialism now affects all kinds of organizations, including health care, educational and scientific organizations
- managerialism makes short-term revenue the first priority of all organizations
- managerialism undermines the health care mission and the values of health care professionals


Generic or managerialist managers by definition do not know much about health care, or about biomedical science, medicine, or public health.  They are prototypical ill-informed leadership, and hence may blunder into actual incompetence.  They are trained that they have a right to lead any sort of organization, which breeds arrogance.  These managers are not taught about the values of health care professionals.  Worse, they are taught in their business style training about the shareholder value dogma, which states that the main objective of any organization is to increase revenue.  Thus, they often end up hostile to the fundamental mission of health care, to put care of the patient and the health of the population ahead of all other concerns, which we have called mission-hostile management.  Finally, arrogance and worship of revenue allows self-interested and conflicted, and even sometimes corrupt leadership.

I am convinced of the same - just as Boeing would have been better run if still controlled by trained engineers.