On Health Care Renewal, we have been decrying American health care dysfunction since 2004 (look here).  For years, the US consistently has had the most expensive health care system of any developed country.  For that exhorbitant price, it provides at best medicocre access to and quality of care.

We have long contended that a major reason for health care dysfunction is perverse incentives, including those that allow top health care leaders to become rich by putting money ahead of patient care.  We have presented case after case supporting this point.  So what do health care CEOs have to do to make so much money?

The Hardest Part of CEOs' Days

A recent post in Beckers Hospital Review discussing what "the brightest executives in the healthcare industry" think are the hardest parts of their days.  Here is the summary, edited for brevity:

1. Andrew Agwunobi, MD, CEO UConn Health (Farmington, Conn.): 'when we lose, or are facing the possible loss of good talent.'

2. Wael Barsoum, MD, CEO of Cleveland Clinic Florida (Weston): 'if I hear about an issue that came up with a patient where they felt like we could've done better. It is hard to read letters that said we didn't do something up to their expectations.... these reports and issues are very rare'

3. David Dill, CEO of LifePoint Health (Brentwood, Tenn.): 'shaking the nagging feeling that I didn't get everything done that I need to, mainly because I didn't mark 10 things off a list like I used to'

4. Suresh Gunasekaran, CEO of University of Iowa Hospitals & Clinics (Iowa City): 'We hold ourselves to a very high standard ...  sometimes, very rarely, we don't hit that standard.... I take a lot of personal responsibility for those failures

5. Tom Jackiewicz, CEO of Keck Medicine (Los Angeles): 'Since it takes awhile to get on my calendar, I need to ensure I am managing my own emotions to maintain my focus so everyone gets the attention they deserve'

6. Dr. Divya Joshi, CEO of OSF HealthCare's Children's Service Line (Peoria, Ill.): 'when an initiative gets stuck and is unable to move forward because there are so many people involved or options to pursue....  Beyond that, I would say when I don't have the answer to something.'

8. Chris Van Gorder, CEO of Scripps Health (San Diego): 'there are bad things that happen occasionally. That burden falls on me.... when something happens to a patient that shouldn't have happened or if one of my employees is attacked by a patient, those days are difficult'

12. Jeff Welch, CEO of Florida Medical Center and Tenet's Miami-Dade Group (Fort Lauderdale, Fla.): 'making sure that everything our organization does is for the betterment of the patient and the community'

13. Albert Wright, PharmD, CEO of WVU Hospitals and WVU Health System (Morgantown, W.Va.): 'it's just keeping everybody rowing in the same direction. The other challenge is that we've been on this huge growth boom ... .Trying to keep up with the growth has been a challenge because you want to help others and save some of these challenged hospitals, but you have to grow at a pace that is safe and people can keep up with'

Things are tough all over.  As a physician, I am unimpressed.  I do realize that some of the lists above included vague references to "bad things that happen," "issues that come up," not hitting a "standard," making "tough decisions," etc.  However, without further detail, I wonder if these refer to anything  comparable to the urgent  issues and decisions that doctors and nurses can face on any given day?

Many of the issues cited with more specificity seem trivial, to be charitable.  So the hardest part of being a CEO could be not completing your daily to-do list; attending back-to-back meetings; trying to focus on people with whom you meet; driving around a lot; or juggling calendar priorities? 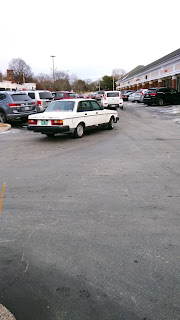 These are not exactly the sort of hardship postings that seem to demand lavish compensation.

The Money They Make

Yet we have noted that CEOs do get lavish compensation.  The CEOs above who complained of the most trivial hardships, who have to wrestle with busy schedules, multiple meetings, and heavy traffic etc are often paid ... millions.  Consider the following examples, which are  based on the most recent compensation data I could find:

David Dill, whose worst day would be one in which he did not check off his to-do list, is in line for a $25 million dollar plus golden parachute (look here).  According to Salary.com, his total compensation in 2017 was $5,372,271. It may be higher now.

Tom Jackiewicz, whose worst day would be one in which he had to manage his emotions to focus on people with whom he was meeting, had a total compensation of $2,322,895 reported on the USC 2019 form 990.

Andrea Walsh, whose worst day was one in which she had to juggle priorities on her calendar, made $1,085,956 as Executive Vice President for Marketing in 2017, the last year for which full 990 data is available from HealthPartners via ProPublica.  Her current compensation is likely more.

The things you have to do to bring in those big bucks.

For Comparison, The Hardest Parts of Physicians' Days

So let's see... in my clinical career as an academic general internist, I faced 100 hour work weeks as an intern.  From internship through my career as a hospital-based educator, I had to cope with numerous life-threatening medical emergencies, numerous acute situations in which bad decisions could lead to patients unnecessarily dying or ending up disabled or chronically ill.  I had to tell patients they had incurable illnesses, and console the family those who were dying.  Furthermore, many other doctors have had more difficult lives.  Think about what trauma surgeons do every day, just for one example.

I am sure my colleagues in nursing could come up with their own harrowing lists.


On a personal level, there were many times I would have given anything for a day when the worst problem I had to encounter was a full schedule, boring meetings, or being stuck in traffic.


So tell me again why hospital CEOs make the big bucks, often much bigger than those made by health care professionals in the same institution?

Inflated executive compensation in health care is rarely challenged, but when it is, the responses are formulaic.  Justifications are usually made by public relations flacks who are accountable to these executives, or the executives' cronies on their boards of trustees.  As I wrote in 2015,  and in May, 2016,  It seems nearly every attempt made to defend the outsize compensation given hospital and health system executives involves the same arguments, thus suggesting they were authored as public relations talking points. Additional examples appear here, here here, here, here, and here, here and here.

Yet the examples above suggest that the work of a top health care manager hardly is as difficult as that of a health care professional.  And as we have discussed, these talking points are otherwise easily debunked.  But that certainly has not stopped executive compensation from rising year after year.

The plutocratic compensation given leaders of non-profit hospitals is usually justified by the need to competitively pay exceptionally brilliant leaders who must do extremely difficult jobs.  Yet even leaders whose records seem to be the opposite of brilliance, or whose work does not seem very hard, often end up handsomely rewarded.

Exalted pay of hospital managers occurred after managers largely supplanted health care professionals as leaders of health care organizations.  This is part of a societal wave of "managerialism."  Most organizations are now run by generic managers, rather than people familiar with the particulars of the organizations' work.

That CEOs would view the minor travails of bureaucratic life as so significant suggests how deep they are within their managerialist bubbles, and how little they understand and relate to what their organizations actually are supposed to do, provide health care on the ground to real patients.

Rather than putting patient care first, paying generic managers enough to make them rich now seems to be the leading goal of hospitals. I postulate that managerialism is a major reason the US health care system costs much more than that of any other developed country, while providing mediocre access and health care quality.

Improving the situation might first require changing regulation of executive compensation practices in hospitals, improving its oversight, and making hospital boards of trustees more accountable.  But that would be just a few small steps in the right direction

True health care reform might require something more revolutionary, the reversal of the managers' coup d'etat, returning leadership of health care to health care professionals who actually care about patients and put their and the public's health first, ahead of their personal gain.  Of course, that might not be possible without a societal revolution to separate managers from the levers of power in government, industry, and non-profit organizations. Remember the most salient example of managerialism now for most people in the US is a an executive with a Wharton business degree as the President of the United States.
Posted by Roy M. Poses MD at 11:37 AM

Dr. Poses, it looks like you and I have a common enemy, I just recently wrote about it in a blog I started. I've nicknamed it "accountants gone wild!!!". I just learned about you in Tom Mueller's book "Crisis of Conscience - Whistleblowing in an age of fraud". Possibly you and I could join forces somehow? Maybe at least I could copy some of your blogs over to my site?

Anyway if you want to know more about my friends and I you could take a look here: about us