The Plot Thickens - How Corrupt was the Trump Administration Under Which Health Care (and the Rest of the US) Operated from 2017 - 2021?

Manhattan's district attorney has convened the grand jury that is expected to decide whether to indict former president Donald Trump, other executives at his company or the business itself, should prosecutors present the panel with criminal charges, according to two people familiar with the development.

The move indicates that District Attorney Cyrus R. Vance Jr.’s investigation of the former president and his business has reached an advanced stage after more than two years. It suggests, too, that Vance thinks he has found evidence of a crime — if not by Trump, by someone potentially close to him or by his company.

Vance’s investigation is expansive, according to people familiar with the probe and public disclosures made during related litigation. His investigators are scrutinizing Trump’s business practices before he was president, including whether the value of specific properties in the Trump Organization’s real estate portfolio were manipulated in a way that defrauded banks and insurance companies, and if any tax benefits were obtained illegally through unscrupulous asset valuation.

The district attorney also is examining the compensation provided to top Trump Organization executives, people familiar with the matter have said.

To my knowledge, even though the grand jury could return no indictments, such an investigation of a former president and his business is unprecedented in modern times.  It suggests the possibility that this particular president was more unethical and corrupt than any other, and that he might turn out to be the only actually criminal president.  Thus it suggests that all our concerns about unethical practices, conflicts of interest, and corruption of the Trump administration, and their effects on corruption in other sectors, particularly health care, were not unfounded.

Thus, I will take this opportunity to review these concerns.

As we wrote in August, 2017, Transparency International (TI) defines corruption as


In 2006, TI published a report on health care corruption, which asserted that corruption is widespread throughout the world, serious, and causes severe harm to patients and society.


the scale of corruption is vast in both rich and poor countries.


Corruption might mean the difference between life and death for those in need of urgent care. It is invariably the poor in society who are affected most by corruption because they often cannot afford bribes or private health care. But corruption in the richest parts of the world also has its costs.

The report got little attention.  Health care corruption has been nearly a taboo topic in the US, anechoic, presumably because its discussion would offend the people it makes rich and powerful. As suggested by the recent Transparency International report on corruption in the pharmaceutical industry,


However, strong control over key processes combined with huge resources and big profits to be made make the pharmaceutical industry particularly vulnerable to corruption. Pharmaceutical companies have the opportunity to use their influence and resources to exploit weak governance structures and divert policy and institutions away from public health objectives and towards their own profit maximising interests.


Presumably the leaders of other kinds of corrupt organizations can do the same.

When health care corruption is discussed in English speaking developed countries, it is almost always in terms of a problem that affects some other places, mainly  presumably benighted less developed countries.  At best, the corruption in developed countries that gets discussed is at low levels.  In the US, frequent examples are the "pill mills"  and various cheating of government and private insurance programs by practitioners and patients.  Lately these have gotten even more attention as they are decried as a cause of the narcotics (opioids) crisis (e.g., look here).  In contrast, the US government has been less inclined to address the activities of the leaders of the pharmaceutical companies who have pushed legal narcotics (e.g., see this post).

However, Health Care Renewal has stressed "grand corruption," or the corruption of health care leaders.  We have noted the continuing impunity of top health care corporate managers.  Health care corporations have allegedly used kickbacks and fraud to enhance their revenue, but at best such corporations have been able to make legal settlements that result in fines that small relative to their  multi-billion revenues without admitting guilt.  Almost never are top corporate managers subject to any negative consequences.

We have been posting about this for years at Health Care Renewal, while seeing little progress on this issue.


Health Care Corruption in the Context of a Corrupt Government 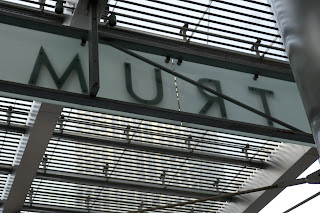 Instead, things from 2017 - 2021 only seemed to be getting worse, given the increasing evidence that the Trump administration was corrupt at the highest levels.   In January, 2018, we first raised the question about how health care corruption could be pursued under a corrupt regime.  We noted sources that summarized Trump's. the Trump family's, and the Trump administration's corruption..  These included a website, entitled "Tracking Trump's Conflicts of Interest" published by the Sunlight Foundation, and two articles published in the Washington Monthly in January, 2018. "Commander-in-Thief," categorized Mr Trump's conflicted and corrupt behavior.  A Year in Trump Corruption," was a catalog of the most salient cases in these categories in 2017.

In July, 2018, we addressed the Trump regime's corruption again  By then, more summaries of Trump et al corruption had appeared.   In April, 2018, New York Magazine published "501 Days in Swampland," a time-line of  starting just after the 2016 presidential election. In June, 2018, ProPublica reviewed questionable spending amounting to $16.1 million since the beginning of Trump's candidacy for president at Trump properties by the US government, and by Trump's campaign, and by state and local governments. Meanwhile, Public Citizen released a report on money spent at Trump's hospitality properties.

In October, 2018, we summarized the content of the voluminous Tracking Corruption and Conflicts of Interest in the Trump Administration summary appearing in the Global Anti-Corruption Blog. The blog organized corrupt activities within the Trump administration into the following categories:

2. Use of the Power of the Presidency to Promote Trump Brands

4. Private and Foreign Interests Seeking to Influence the Trump Administration Through Dealings with Trump Businesses

Not only was the report voluminous, the October, 2018, version of the report requiring 26 pages to print, it suggested that many examples of corruption by Trump et al were not one-offs, but were long-term activities.  For example, every time President Trump travels to on of the properties he owns through the Trump Organization, for example, has Mar-a-Lago resort in Florida, the US government is obligated to pay Trump himself through that organization for various expenses, e.g., the Secret Service renting golf carts at Mar-a-Lago.  Each time that happens it seems to violate the "domestic emolument clause" of the US Constitution, which prohibits state or US government payments to a President for anything other than his salary.  Also, foreign governments and corporations seeking to promote specific government policies in their self-interest, similarly seeking favorable regulations, or other seeking to influence government actions in their favor are making periodic payments to the Trump Organization, such as buying accommodations or paying for events at Trump properties.  When foreign governments do so, that appears to violate the "foreign emoluments clause" of  the US Constitution, which prohibits payments by a foreign government to the US President.

Further reports on Trump and associates' conflicts of interest and corruption appeared through 2019, as further documented in this post.

Despite the extensive and ever-increasing list of apparently corrupt acts by the Trump and cronies, grand corruption at the top of US government, with its potential to corrupt not just health care, but the entire country and society, still seems like a taboo topic.  The US news media continues to tip-toe around the topic of corruption, in health care, of top health care leaders, and in government, including the top of the US executive branch.  As long as such discussion seems taboo, how can we ever address, much less reduce the scourge of corruption?  The first step against health care corruption is to be able to say or write the words, health care corruption.

Once Trump left office, there has not been much more discussion.  There have been brief reports in the media that many investigations of Trump and cronies are ongoing.  For example, an article in the
Washington Post in March 2021 noted "the [NY] state attorney general has subpoenaed his lawyers, his bankers, his chief financial officer — even one of his sons.... Former president Donald Trump is also facing criminal investigations in Georgia and the District of Columbia related to his efforts to overturn the 2020 election."  Also, "In Washington, D.C. Attorney General Karl A. Racine (D) has also opened a criminal investigation into Trump’s actions on Jan. 6" and "the Justice Department, in the meantime, is conducting a broad investigation of the Jan. 6 Capitol attack."  Yet, as we documented here, prior to becoming president, Trump and his associates enjoyed practical impunity, escaping convictions and penalties multiple times. There is no certainty he will not maintain his impunity in the future.

Trump is no longer president, but he enjoys continuing support from many in his party, and has suggested he might run again.  How will we ever make a meaningful dent in health care corruption if we cannot end the impunity of our top political leadership?