At one time, leadership of large health corporations were circumspect in their financial support for US politicians and political causes. They provided some funds directly to politicians and poltical organizations, but often amounts given to different parties and organizations with different ideologies were balanced. Presumably, the goal was to promote access to whomever was in power at any given time. 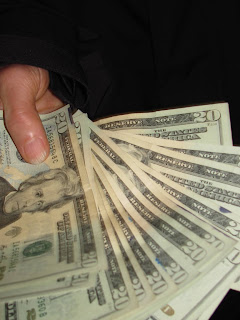 Some corporations paused some of their political giving after a mob whipped up by Trump at a January 6, 2021, rally violently stormed the US Capitol to try to prevent the certification of the 2020 election. However, within two months they started giving again in support of Republicans in Congress who voted not to certify the election (see this April, 2021, post).

Now two new reports show continuing support by large health care corporations for Republican legislators who also supported the nullification of the election, and legislation that might decrease voting by citizens who oppose Trump

In April, 2021, Public Citizen published "The Corporate Sponsorship of Voter Suppression." It detailed support from direct corporate contributions and corporate political action committees (PACs) from 2015 through March, 2021, to state legislators who authored, sponsored or voted for 245 bills that could have made it more difficult for citizens to vote in elections.

Note that the data did not include personal contributions from corporate leaders, and could not include corporate money directed to dark money organizations that ended up supporting these legislators.

In June, 2021, Citizens for Responsibility and Ethics in Washington (CREW) published "This Sedition is Brought to You By..." It detailed contributions from corporate PACS and trade groups to those in the US Congress who voted against certifying the results of the 2020 election and the two main party organizations that supported them, the National Republican Senatorial Committee (NRSC) and National Republican Congressional Committee (NRCC) since the vote not to certify.

Note that the data also did not include contributions from corporate leaders, and could not include corporate money directed to dark money organizations that ended up supporting these legislators.

Most health care corporations profess to missions that are pluralistic and support the community and society as a whole.  For example, Pfizer's mission statement includes:

We partner with governments, non-profits, and other organizations to ensure that more people around the world have access to the medicine and resources they require.

We demonstrate our commitment to patients and population health by increasing access to health care through far-reaching policies, programs and partnerships

However, leaders of some large health care corporations saw fit to direct contributions to politicians who promoted anti-democratic policies. Funding political leaders who would restrict voting rights in ways likely to impact already disadvantaged groups, and challenge election outcomes without strong evidence of irregularities would seem to violate high-minded corporate pledges of inclusiveness like those above.

However, there are problems with this formulation.  As we wrote before,  it is obvious why a pharmaceutical company might want to defeat legislation that would lower its prices or raise its taxes.  It is not obvious why it would want to consistently support actions by one party, or by people at one end of the political spectrum, even if some such people seem generally "pro-business."  After all, for years big corporations and their executives openly gave money to both US parties and their candidates, apparently in the belief that this would at least allow more visibility for the corporations' priorities no matter who was in power.

Maybe it is not just about money.  Again, as we said before, by virtue of being top management of a corporation, particular individuals can control political funds far beyond what they may be able to control as private persons, and to do so anonymously.  It may be that top corporate leaders are not just interested in making more money.  Some may also be interested in personal political power, or have other ways they might benefit from anti-democratic, if not openly fascist national political leadership.  Big industrialists have backed authoritarian and openly fascist regimes in other countries before, some to make more money, but in retrospect, some for darker reasons. (See, for example, this article on how German industrialists financially bailed out the Nazi party in 1932.)

At least health care professionals, policy makers, patients and the public at large deserve to know how health care corporate leadership is directing money to political causes, and how they benefit from doing so.