This story reflects a veritable cornucopia of the issues I write about at Healthcare Renewal and at my site on HIT failure, with the added spice of the World Financial Debacle That Keeps On Giving, er, Taking.

The future of the NHS's £12.7bn computer programme was in doubt last night after its managers acknowledged further delays in introducing a system for the electronic storage and transmission of patients' records.

Connecting for Health, the NHS agency responsible for the world's biggest civil IT project, said it was no longer possible to give a date when hospitals in England will start using the sophisticated software that is required to keep track of patients' medical files.

Christine Connelly, the Department of Health's recently appointed head of informatics, is understood to be reviewing whether the programme is a cost-effective way of improving the quality and safety of patient care.

She will have to find compelling arguments to stop the Treasury earmarking health service IT as a candidate for cuts to compensate for the billions spent on the bailout of the banks. However, the high cost of cancelling contracts with IT suppliers may be a factor saving the programme from cancellation.

In May the National Audit Office said the project was running at least four years late, but still appeared to be feasible. It has since been beset by a series of further setbacks.

The agency fired Fujitsu, the contractor responsible for building the patient record system in the south of England. It asked BT to take over the work, but has not yet agreed a price.

In London, attempts to install the system at the Royal Free hospital and Barts caused weeks of confusion and disruption. Other trusts that were next in line were so alarmed that they pleaded for postponement.

In the north, the first installation of the Lorenzo version of the software at Morecambe Bay was repeatedly delayed.

A Connecting for Health spokesman said parts of the programme are working well, with doctors and patients already noticing the benefits.

But he added: "The programme is one of the largest IT change programmes in the world and it is inevitable that such transformation will present challenges."

One wonders if some of those "challenges" might have been minimized or avoided through some simple measures. Such as a google search by project leaders and politicians.

Jon Hoeksma, editor of E-Health Insider, a website that has specialised in tracking Connecting for Health, said: "Contracts [for the patient care record] were let in 2003 and they were supposed to be completed by 2010. But the best estimates now are that the software will not be ready until well into the next decade.

I believe the estimate of widespread U.S. electronic health records by 2014 are just a little overoptimistic ...

On the world financial mess, that's another matter entirely. Unfortunately, Medical Informaticists don't have the technology yet to perform Brain Transplants. 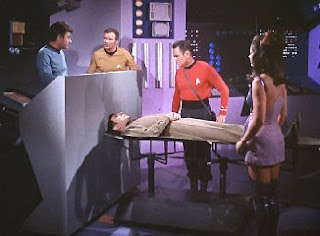 We in America tend to equate everything in the world with America, a natural tendency. One glaring mistake we make is that these often great countries in Europe are relatively small. France being the largest is only about the size of Texas.

Thus if we take a GBP 12.7 billion cost times the current exchange rate of USD 1.63 we end up with a USD cost of 20.7 billion times 50 states, equals a USD 1,035 trillion. Hope I did that right. While the math is quick and dirty the concept is sound. While EMR is a great concept, and one I support in a basic form, the system, as currently structured with private contractors may not be financially feasible.

We do have experience with this in the child support area. All states were mandated to have state wide child support computer systems. The problems were vendors charged each state for a supposedly unique system while in fact building one system and then exporting it to all of their states under contract. When questioned the vendor's would reply: "It's government money" as if this just magically appeared.

We in the US are going to very quickly need to match our financial outflows with our income. We need to first consider the 16% of GDP we spend on medical care vs. 8% in many European countries, while still not providing universal coverage.

Medicine has become a financial monster, willing to kill the patient, all in the name of greed.

The more help the NHS get the better. Come on the banks - sort this out.