Academic Freedom and ED EHR's Down Under: An Update

The essay on Emergency Department electronic health record (EHR) problems in the Australian state of New South Wales (NSW) by medical informatics professor Dr. Jon Patrick, Health Information Technologies Research Laboratory (HITRL), University of Sydney, that I referenced in my posts "The Story of the Deployment of an ED Clinical Information System ‐ Systemic Failure or Bad Luck" and "NSW Nightmare and Overuse of Computers" appears to have been censored. This apparently occurred at the level of the the government.

Professor Patrick has updated his web page that formerly contained a link to his essay on problems with EHR's in that state's EDs.

... This document has been temporarily withdrawn by the university following a complaint from NSWHealth. I think the University has acted appropriately by investigating the complaint and I do not yet consider it an act of censorship. I am working through the issues with the University and expect that the essay will be re-published.

I would like to thank all the people who have written to me to offer support and I would encourage you to write to me if you are interested in the matter so that i can demonstrate to the university the importance of this issue to both the Australian and international communities. I do not wish for people to write to anyone else but me. I have no wish to run a public campaign and I am not available for statements to the press about this particular matter. This matter has brought to light many interesting and illuminating things that i will be happy to share in the next version of the Critical Essay.

He then follows up with this:

Update on the withdrawal of "Essay No.6"

It is now two weeks since the original essay was withdrawn. In that time I have been able to establish confidently that NSWHealth phoned my Head of Department and asked him to remove the article without giving a specific complaint. He refused. Subsequently a person from another faculty took up the cause and succeeded in persuading an appropriate person to order withdrawal of the essay. To this time i have not received a specific complaint let alone a written complaint. The Univeristy's Office of General Counsel has studied the essay at my request through my Dean, and found that it is "consistent with the University's Public Comment Policy". I am awaiting further investigations by the University.

Subsequently I have received many messages of support from around the world, and importantly much more information to be included in the essay. I am preparing a much enhanced version.

I sincerely hope this matter will be resolved in favor of dissemination of the enhanced and updated piece. I think it contains information that is quite valuable to a worldwide audience of clinicians, IT vendors and patients.

I also note that those who aim to suppress a document such as this in the age of informational computing, one product of which is the Internet, should be confined to using only the Commodore PET due to their technological and sociological ineptitude: 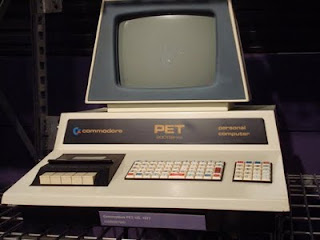 The essay in version 5 is once again available as Item 6 at http://www.it.usyd.edu.au/~hitru/index.php?option=com_content&task=view&id=91&Itemid=146 .

Upon first and second sniff, it has the scent of HIMSS; or is it part of an international organized crime syndicate colluding with HIT vendors?

Vendor/trade group pressure would not surprise me, but I think organized crime in the La Cosa Nostra sense is probably not involved!

"I am going to make you an offer you can't refuse."

This article highlights the tens of millions being lost to organized crime.