Back in the distant past the US government made some attempt to hold big health care corporations to account for misleading marketing practices.  We learned a lot about these practices from documents revealed in the resulting litigation, and in particular, about stealthy, deceptive systematic marketing, lobbying, and policy advocacy campaigns on behalf of big health care organizations, often pharmaceutical, biotechnology and medical device companies.  For example, in 2012 we found out about the stealth marketing campaign used by GlaxoSmithKline to sell its antidepressant Paxil.  This included manipulating and suppressing clinical research, bribing physicians to prescribe the drug, use of key opinion leaders as disguised marketers, and manipulation of continuing medical education.  Other notable examples included Johnson and Johnson's campaign to sell Risperdal (look here),  and the infamous Pfizer campaign to sell Neurontin (look here and here).  We also found that stealth marketing seemed to be partially responsible for the growing popularity of narcotics (opioids) starting in the 1990s (look here).

The organization and complexity of stealth marketing, lobbying and policy advocacy campaigns have often been sufficient to characterize them as disinformation.  For example, we characterized the campaign by commercial health insurance companies to derail the Clinton administration's attempt at health reform in the 1990s, as described by Wendell Potter in his book, Deadly Spin, as just that (look here).  The tactics employed in that campaign included: use of front groups and third parties (useful idiots?); use of spies; distractions to make important issues anechoic; message discipline; and entrapment (double-think).

Nowadays, the current Trump administration does not seem interested in pursuing unethical or corrupt practices by big health care corporations.  A health care corporate fraud strike force was downsized by the Trump administration as we noted in July, 2017.  By May, 2018, legal actions by the US government against apparently corrupt acts by large US health care organizations seemed to be falling off.  Only one significant settlement had made that year.  Bloomberg published a report with the headline, "White-Collar Prosecutions Fall to 20-Year Low Under Trump," on May 25, 2018.  Meanwhile, the administration pulled one former stealth marketer through the revolving door to serve in the White House (look here), and has been  pushing its own disinformation campaigns (look here).

However, some state attorneys general and local prosecutors have picked up the baton.  In particular, as the opioid epidemic continues, they have filed many lawsuits against corporations that profited from narcotics sales.

And glory be, one such lawsuit has led to the disclosure of the shady marketing tactics used by the now notorious Purdue Pharma to sell Oxycontin.  Several news reports summarized the lawsuit filed by the Tennessee Attorney General against that company.  As described by the Knoxville News Sentinel,

The lawsuit, filed by Tennessee Attorney General Herbert H. Slatery III, uses Purdue’s own company records and its staffers’ own words to show the firm’s founders and executives pushed medical providers to prescribe increasingly high doses of OxyContin for longer periods — even after Purdue promised the state it would stop.

It lays bare a marketing campaign that was highly regimented and highly profitable, built upon a foundation of lies and trickery, and specifically targeted Tennessee’s most vulnerable medical providers and patients, including the elderly and veterans.

'Purdue summarized the marketing for its opioid products with the tagline, ‘We sell hope in a bottle’ in one of the company’s hiring guides for incoming marketing employees,' the lawsuit revealed. 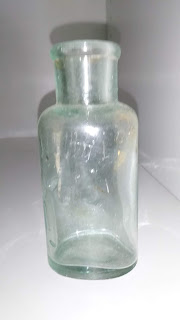 Hope could best be sold through the prescriptions of the most beleaguered prescribers:

Purdue told its sales staffers to target medical providers who were overworked, serving poor communities in Tennessee and had less training, calling them 'high value prescribers' who could be easily persuaded to increase prescriptions and dosages of OxyContin.

To do this, most likely the pharma representatives used psychological manipulation, such as assuring the practitioners that the representatives were their true friends in a hostile health care environment.  Such tactics were well-documented in articles by Ahari and Fugh-Berman, e.g., look here and here.

The company provided perverse incentives to its pharmaceutical representatives (perverse, at least, from the standpoint of the patients' welfare and health professionals' values):

Sales staffers’ bonuses were tied to how well they pushed 'super core' providers — the Tennessee prescribers handing out OxyContin prescriptions at a rate guaranteed to cause fatal overdoses — to keep pushing the drug on their patients.

The firm even had a 'toppers club' for sales staffers who pushed the most OxyContin, awarding them trips and cash, the lawsuit stated.

Although none of the Tennessee pharma reps were "medical professionals," they

were trained to position themselves as medical experts and then supply providers with carefully scripted lies about the addictive and deadly properties of OxyContin, the internal records show.

Again, to do this they likely traded on the misguided trust of the physicians generated by the representatives' psychological manipulations.

Practitioners were supplied with biased, and in today's argot, fake literature to give to the physicians,

literature from fake advocacy groups touting the safety of opioids and labeling the growing opioid epidemic as 'pseudoaddiction' that would level off if providers simply prescribed more OxyContin.

Sales staffers were trained to teach providers that the best way to keep patients from addiction was 'to actually prescribe more and higher doses' until the 'symptoms' of addiction went away, the lawsuit stated.


The suit claimed that Purdue set up a "third party strategy," using "astroturf" organizations to pretend that influential health care professionals and sincere patient advocates supported ever increasing narcotics use:

The firm funded the creation of advocacy groups with names such as the American Pain Society and American Pain Foundation, and pamphlets, videos and social media campaigns to convince Tennesseans that OxyContin was a wonder drug — even as the number of fatal overdoses tied to it began to skyrocket.

'Long experience with opioids shows that people who are not predisposed to addiction are unlikely to become addicted to opioid medications,' veterans were told. 'When used correctly, opioid pain medications increase a person’s level of functioning.'

Profits Before Patients, and the Law

Purdue Pharma reps were instructed to keep pushing narcotic prescribing by physicians who were in danger of being sanctioned.

The lawsuit reveals Purdue’s sales staffers were instructed to ignore police warnings, indictments and overdose deaths involving Tennessee medical providers and to continue to call on them to hand out high-dose OxyContin — the firm’s most profitable brand — so long as they still had prescription pads.

The lawsuit and Purdue’s internal records link the firm’s sales staffers to some of Tennessee’s most notorious pill mill doctors, including one of the largest such operations in East Tennessee.

Purdue staffers called one medical provider, who is not identified in the lawsuit, 48 times — after law enforcement told the firm the provider had prescribed fatal doses of OxyContin and was running a cash-for-pills clinic.

According to the lawsuit, Purdue reps also continued to call on doctors after:

Thus, Purdue Pharma appeared to use the same sort of multi-pronged deceptive marketing approach to ramp up prescriptions of its potent narcotics, even as more and more people became addicted.

While we have been (probably appropriately) distracted by larger scandals, managers of big health care corporations have continued their cynical tactics that put profits ahead of patients, and ahead of professional values. It is likely that deceptive marketing, and full blown stealth marketing is flourishing even more in the shadows created by a government that seems to put the profits of President and family's company ahead of taking "care that the laws be faithfully executed."

At least to some degree state law enforcement is beginning to step into the breach.  As a Tenessee attorney who is also involved in lawsuits against Purdue said (per NPR)  "I think it helps all of us engaged in this fight to better understand what has happened and ultimately to get more quickly and more efficiently to a resolution,..."

We have long advocated better awareness of insidious disinformation campaigns in health care, which we previously separated into stealth systematic marketing, lobbying, and policy advocacy campaigns.  Furthermore, we have long advocated more vigorous regulatory and law-enforcement action against them.  Remember that many of the stealth marketing campaigns we discussed came to light through regulatory and law enforcement action.

Yet what sense does that make when the federal regulators and law enforcers operate under a regime that was perfectly happy to use disinformation to secure its election?

It apparently makes no more sense than advocating for better federal law enforcement measures to reduce conflicts of interest and corruption in health care under an extraordinarily conflicted and corrupt regime (look here.)

The fish is rotting from the head.