Health Care Renewal presents a guest post from Dr Michael Fine, a writer, community organizer, and family physician. He is the chief health strategist for the City of Central Falls, RI, and Senior Clinical and Population Health Services Officer for Blackstone Valley Community Health Care, Inc., and recipient of the Barbara Starfield Award, the John Cunningham Award, and the Austin T. Levy Award. He was director of the Rhode Island Department of Health, 2011–2015.  He is author of Abundance and Health Care Revolt

So now Coronavirus is here.


Let me say up front what I’ve said before: for most of us, this will be a mild disease, and there is nothing to fear but fear itself. Still, we need to act and act fast if we are going to take good care of most people and protect our democracy.

And we have a choice. If we change a lot and change fast, we'll save the lives of a couple of hundred thousand more people, mostly people who are old or already sick. But to protect those people, we have to put the lives of young people, who are at some but minimal risk, on hold.


The lessons from China and Italy are clear. We can save lives, at least in the short run, by locking things down for three or four months. But if we are to be most effective, we have to do more than that. We have to create fever clinics and isolation hospitals. Convert existing hospitals to intensive care units. Build a health care system to take care of all Americans, and do that practically overnight. And find some way to support every American during this period, so no one is ignored or displaced during this period of extended hibernation.

To keep social peace, we need to fix what’s broken in our culture and fix it fast, otherwise people disadvantaged by our market economy won’t be able to stay home and stay quiet, and shouldn’t: many will risk more by staying home than they do from this virus. That means we need to make sure everyone has enough. Enough food and housing. Enough heat and water. Immediate access to health care when lots of people are sick. Enough internet and phone to stay connected. Enough money for us all to sustain ourselves during this period.

That means we wipe away all student loans and make college free for everyone, to pay it forward to the young people who we are asking to sacrifice now. That means we build a health care system that can care for everyone, the hell with what insurance card they carry, and that we do that overnight. And that means we take care of people before we take care of corporations. Which means wealth will shift from the rich, who have too much and have had too much for too long, to most people, who may have just enough but teeter on the edge unnecessarily. That means we do what we should have done long ago.

I have been thinking about the bankruptcy of our political culture for a long time, thinking about how we've let ourselves be polarized by people who take care of only themselves. At the time Merrick Garland’s nomination to the Supreme Court was illegally blocked, we needed a general strike. When the Russian involvement in the elections and mess about Ukraine was uncovered, we needed a national day of reflection, reconciliation and repentance, so that we might see ourselves and one another, and defend ourselves as one nation indivisible again.  This isn’t about Republicans or Democrats. Both parties have people of conscience in them. But both have become impotent, slaves to people with money, people who like to hear themselves talk and believe their own propaganda, people who are out only for themselves. While no one has been taking care of the business of democracy, which is what this country is about.

Coronavirus may do for us what we haven’t been able to do for ourselves. Now either we’ll change, or many more people than necessary will die.

Once upon a time, there would have been prophets in the streets, blowing trumpets and proclaiming the word of G-d, telling us to repent, to put on sack cloth and ashes. 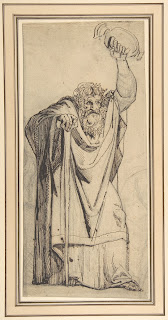 
Now we’ve got a virus and pundits on TV, telling us we need to change and change now. G-d, or nature, or time, whatever you want to call it, works in mysterious ways.

We can get through it by taking care of each other, sacrificing a little when necessary, talking to one another, and keeping our eyes on the prize.

Which is still democracy. Democracy remains a lousy form of government, but it's just better than all the others. Still a frightening, noisy culture. But the only culture that lets us live and breathe, which tolerates unshakable evil impulses up to a point, but also lets fly the angels of our better nature. Democracy turns the arc of history toward justice, despite where those with selfish and evil impulses want it to go.

Democracy works only if we reinvent it every day, and only when we remember to stand up for ourselves, each other and for justice. Unceasingly. Democracy is just not a spectator sport.
Coronavirus is a little scary, true. To control it best, we need to change ourselves, and make the changes we should have made, long ago. So perhaps, in Coronavirus, we are now seeing the finger of G-d in the world, because we change, and that gives me real hope.

There are signal fires on the ridge-tops and trumpets blowing in the streets. Now all we have to do is see what is right in front of us, hear what is all around us, and heed that callSpring is here early. Who would have thought?

Batten down the hatches. And pass the ammunition. Which turns out to be each other, once again.
Posted by Roy M. Poses MD at 2:35 PM