The Ultimate Conflict of Interest: Trump Organization Revenue vs Lives Lost to Coronavirus

Introduction: Conflicts of Interest and the Trump Administration

President Trump and his family's conflicts of interest and alleged corruption centered on their ownership of the Trump Organization, a multi-national privately held hospitality and real estate business.  Since the inauguration, Trump personally has benefited from the Trump Organization's dealings with foreign, US federal and US state governments, grossly violating two clauses of the US Constitution.

These dealings raised major constitutional and ethical questions, and concerns about whether Trump administration policies were distorted to benefit his businesses, and hence his own fortune. However, our biggest concern was about how the conflicted and corrupt aura of his administration made it difficult to address conflicts of interest and corruption in health care.

Now, in the shadow of the coronavirus pandemic, it appears that Trump's conflicts of interest may be dangerously affecting his administration's public health policies and its ability to suppress the virus and save lives.

In the Washington Post on March 23, 2020, David Farenthold reported on the likely severe financial losses being incurred by the Trump Organization, whose biggest owner is President Trump

President Trump’s private business has shut down six of its top seven revenue-producing clubs and hotels because of restrictions meant to slow the spread of the novel coronavirus, potentially depriving Trump’s company of millions of dollars in revenue.

he is also heavily invested in the hotel business, with 11 hotels around the world.

That business needs new people walking in the door every day, to eat and stay. And by keeping people away, the coronavirus has brought that industry its worst downturn in recent history.

'The data is bad. And we haven’t seen the worst of it yet,' said Jan Freitag, a senior vice president with the firm STR, which analyzes hotel industry data. He noted that the damage to the industry is being caused by the lockdowns and the fear of the virus. 'What we’re seeing here is a rapid descent that’s going to last. So it’s going to be a little bit of a worst-case combination of post-9/11 and [the financial crisis of] 2009.'

So far, the Trump Organization has closed hotels in Las Vegas; Doral, Fla.; Ireland; and Turnberry, Scotland — as well as the Mar-a-Lago Club in Florida and a golf club in Bedminster, N.J. Many of the clubs closed because they had to, under local orders. Others closed on their own, following strong guidance or recommendations from local officials.

Those are six of Trump’s top seven revenue-producing clubs and hotels, bringing in about $174 million total per year, according to Trump’s most recent financial disclosures. That works out to $478,000 per day — revenue that is likely to be sharply reduced with the clubs shuttered. The disclosures provide self-reported revenue figures but not profits.


Trump's personal financial concerns are compounded due to financing issues.

Three of Trump’s hotels — in Doral, Chicago and Washington — have outstanding loans from Deutsche Bank that originally totaled more than $300 million. Even before the coronavirus outbreak, all three reported lagging behind their peers in occupancy and revenue, struggles that the company’s representatives blamed, in one way or another, on Trump’s political rise. 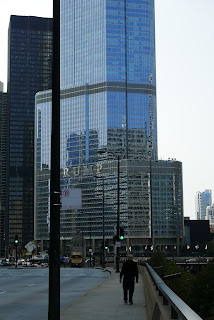 While the latter two hotels are still open, they are not doing well.  For example, an article by Mr Farenthold and colleagues on March 20, 2020, noted that the Trump International Hotel in Washington, DC now has an occupancy of only 5%.  So the resulting sharp revenue drop raises the risk that the Trump Organization would default on its loans. 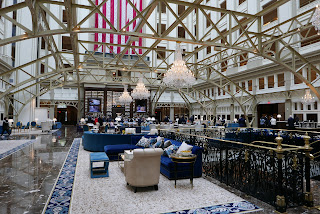 These financial threats to Trump may be compounded by threats to other benefits the Trump Organization properties have afforded him.  Some of these properties have been loci of political power.  In particular, the Trump International in Washington DC has been the place for Trump supporters to congregate, and for various interests, including corporate leadership and foreign governments to seek to influence Trump (see the voluminous "Tracking Corruption and Conflicts in the Trump Administration" report section of the Global Anti-Corruption blog for details.)

It is also very likely that the Trump Organization is also financed by shady Russian money.  As reported in Foreign Affairs in 2018,

according to several sources with knowledge of Trump’s business, foreign money played a large role in reviving his fortunes, in particular investment by wealthy people from Russia and the former Soviet republics. This conclusion is buttressed by a growing body of evidence amassed by news organizations, as well as what is reportedly being investigated by Special Counsel Robert Mueller and the Southern District of New York. It is a conclusion that even Trump’s eldest son, Donald Trump Jr., has appeared to confirm, saying in 2008—after the Trump Organization was prospering again—that 'Russians make up a pretty disproportionate cross-section of a lot of our assets.'

Trump’s former longtime architect, Alan Lapidus, echoed this view in an interview with FP this month. Lapidus said that based on what he knew from the internal workings of the organization, in the aftermath of Trump’s earlier financial troubles 'he could not get anybody in the United States to lend him anything. It was all coming out of Russia. His involvement with Russia was deeper than he’s acknowledged.'

By the time he ran for president, Trump had been enmeshed in this mysterious overseas flow of capital—which various investigators believe could have included money launderers from Russia and former Soviet republics who bought up dozens of his condos—for a decade and a half. And Felix Sater was pitching Cohen on a Moscow deal as recently as mid-2016—as Trump was clinching the Republican nomination, according to a sentencing memo recently unveiled by the Mueller probe.


Furthermore, as Craig Unger wrote in the Washington Post in 2019,

for more than three decades, at least 13 people with known or alleged links to the Russian Mafia held the deeds to, lived in or ran criminal operations out of Trump Tower in New York or other Trump properties. I mean that many of them used Trump-branded real estate to launder vast amounts of money by buying multimillion-dollar condos through anonymous shell companies. I mean that the Bayrock Group, a real estate development company that was based in Trump Tower and had ties to the Kremlin, came up with a new business model to franchise Trump condos after he lost billions of dollars in his Atlantic City casino developments, and helped make him rich again.

Yet Trump’s relationship with the Russian underworld, a de facto state actor, has barely surfaced in the uproar surrounding Russia’s interference in the 2016 campaign.


Shady Russian operators, money launderers, the Russian mafia, and those tied to the Putin regime may not have much sympathy for those indebted to them who payment difficulties. Whatever the form of his Russian support, it might be that his waning financial fortunes have led to some quiet but severe pressure from overseas on the Trump Organization and Trump himself, further increasing his impetus to open up his hospitality properties, regardless of the costs and risks to others


The Conflict of Interest Illustrated and Some Dire Conclusions

As he is trying to manage the pandemic from the White House, limiting its casualties as well as the economic fallout, his company is also navigating a major threat to the hospitality industry.

That threatens to pull Trump in opposite directions, because the strategies that many scientists believe will help lessen the public emergency — like strict, long-lasting restrictions on movement — could deepen the short-term problems of Trump’s private business, by keeping doors shut and customers away.


As he also wrote, at the same time that Trump is under personal financial and who knows what other pressure due to the closure of his hospitality properties,

Trump is considering easing restrictions on movement sooner than federal public health experts recommend, in the name of reducing the virus’s economic damage.

In a tweet late Sunday, Trump said the measures could be lifted as soon as March 30. 'WE CANNOT LET THE CURE BE WORSE THAN THE PROBLEM ITSELF,' he wrote on Twitter.


Trump did not specify for whom the cure might be worse than the disease.  The obvious suspicion is that he is talking about the "cure's" effect on ... Donald Trump and his family.

This raises the strong and extremely worrisome concern that he is thinking of taking measures that may risk the lives of thousands or millions of people to preserve his wealth and personal power.  (Maybe he also is trying to save himself from some Russian retribution?)

That may be the most severe and dangerous health care conflict of interest we have ever seen in the US.

I, for one, do not trust Donald Trump to put the country's interests, and the lives of its citizens, ahead of his own personal and financial well-being.  As long as this horrendously conflicted man is running the country, we will be in doubt, and at grave risk.