A major component of US (and global) health care dysfunction has been the anechoic effect, the ability of those in power to silence discussion of topics that might put them in a bad light.  At risk is anyone who might become a whistle-blower about poor quality care or patient safety problems; malfeasance, corruption or crime; etc.    Whistle-blowing is never easy for health care professionals.  Those who do so have been ostracized, lost jobs or been subject to lawsuits. 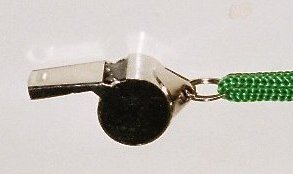 The Trump administration has a history of intimidating health care whistle-blowers.  For example, in 2019 we noted how the administration silenced scientists in the NIMH who might disagree with a Trump tweet about mental health and violence, and a CDC official about the relationship between climate change and public health.  In February, 2020, we noted how the administration tried to intimidate a whistle-blower at the DHHS who reported deficiencies in early management of coronavirus patients. In May, 2020, we noted how Trump himself tried to verbally intimidate the President of the American Association of Nurse Practitioners when she complained in a White House meeting about the lack of personal protective equipment in facilities caring for COVID-19 patients.

That was bad enough, but then I heard the news today, oh boy.

In the last week, at the end of the run up to the election, President Trump doubled down.  He blamed the entire US medical profession for inflating the severity of COVID-19, which is at odds with his happy talk message that we have "turned the corner" on the virus.

At a campaign rally in Waukesha, Wisconsin on Saturday, Trump told his supporters that 'doctors get more money and hospitals get more money' if they say people died from COVID-19 rather than their comorbidity — a conspiracy theory that has been debunked — as the president pressed his case that the United States is 'rounding the turn' on the pandemic, despite public health officials stressing repeatedly that the opposite is true.

President Donald Trump on Friday baselessly claimed that doctors are inflating the coronavirus death count for monetary gain while cases, hospitalizations and deaths surge across the country.

'Our doctors get more money if someone dies from Covid. You know that, right? I mean our doctors are very smart people. So what they do is they say 'I'm sorry but everybody dies of Covid,' ' Trump said, without citing any evidence, at a rally in Waterford Township, Michigan.

In addition, per another CNN report on the same date, he also said:

Meanwhile, we learned that this attack on physicians was part of a long-standing strategy.  Per CNN on October 28, 2020:

President Donald Trump's son-in-law and senior adviser, Jared Kushner, boasted in mid-April about how the President had cut out the doctors and scientists advising him on the unfolding coronavirus pandemic, comments that came as more than 40,000 Americans already had died from the virus, which was ravaging New York City.In a taped interview on April 18, Kushner told legendary journalist Bob Woodward that Trump was 'getting the country back from the doctors' in what he called a 'negotiated settlement.'

'Trump's now back in charge. It's not the doctors.'

The statement reflected a political strategy. Instead of following the health experts' advice, Trump and Kushner were focused on what would help the President on Election Day. By their calculations, Trump would be the 'open-up president.'

So Trump was willing to disregard the advice of public health and health care professionals, and to verbally attack and intimidate them to support the happy talk of his election strategy, even if that meant more disease, more morbidity, and more deaths.

Numerous individual health care professionals, particularly those on the front lines of the pandemic, have spoken out about the Trump administration's mismanagement of the crisis. They have emphasized issues such as the lack of adequate personal protective equipment in health care facilities; the need for personal action to reduce the spread of infection; and the folly of premature reopening of the economy (look here and here).  They have actively fought disinformation about the pandemic, including that disseminated by Russia and other Trump allies, and by Trump himself (look here). Yet until the last week there were only a few instances of physicians in positions of leadership and influence willing to support their colleagues on the front lines in their challenge to President Trump.

In September, after the Trump administration's total mismanagement of the coronavirus pandemic had become manifest, and in response to its efforts to turn the CDC, the lead US public health agency, into a propaganda outlet, we complained that no health care leaders, "no chairpersons, deans, chancellors, vice-presidents for health affairs, university presidents; or journal editors, hospital executives, leaders of professional societies, executives of health care corporations, etc, etc were willing to publicly challenge Trump and his top collaborators.  Such leaders so far have also been unwilling to challenge Trump's efforts to spread disinformation."

Since then, editors of two major British medical journals have condemned the actions of the Trump administration.  Lancet Oncology and the prestigious British Medical Journal have published editorials calling out Trump.

Yet the first instance of a real challenge to Trump from the leaders of US health care did not come until October, 2020.  At least it was from the editor and editorial board of perhaps the best-known American medical journal, the New England Journal of Medicine. They called for Trump to be voted out of office for "dangerous incompetence."

Now that Trump has tried to intimidate physicians in general, days before the election, there is the beginning of pushback from a few leaders of medical societies and academic institutions.  Per Boston.com:

The American College of Emergency Physicians issued a statement rebutting Trump’s  claim, calling it 'reckless and false' that doctors are over-counting deaths related to COVID-19.

'To imply that emergency physicians would inflate the number of deaths from this pandemic to gain financially is offensive, especially as many are actually under unprecedented financial strain as they continue to bear the brunt of COVID-19,' the group wrote. 'These baseless claims not only do a disservice to our health care heroes but promulgate the dangerous wave of misinformation which continues to hinder our nation’s efforts to get the pandemic under control and allow our nation to return to normalcy.'

'This is crap,' he wrote of the conspiracy theory pushed by the president. 'Everyone knows it.'

In a thread on Twitter, he laid out in detail the debunking of the theory, blasting Trump for continuing to peddle it.

'While doctors and nurses are dying on the front lines, our leaders aren’t working to get them protective equipment,' Jha wrote. 'Instead, they are falsely accusing our front line providers of fraud. It’s reprehensible.'

The president of the American College of Physicians characterized Trump's comments as 'a reprehensible attack on physicians' ethics and professionalism.'

Susan Bailey, the president of the American Medical Association, said in a statement that the claim that doctors are overcounting Covid-19 patients or 'lying to line their pockets is a malicious, outrageous, and completely misguided charge.'

Better late than never. Kudos to the ACEP, ACP, AMA, and the Dean of the Brown School of Public Health. (Full disclosure: I am a voluntary faculty member at the Alpert Medical School at Brown University.)

But where are all the leaders of the other medical societies, and all the other US academic medical institutions, not to mention the leaders of US hospitals and other health care organizations? The pandemic is getting worse and the election in three days.

We said in May:

So health care professionals trying just to uphold their mission to put patients' and the public's health first have stumbled into a conflict far beyond anything we have seen in our lifetimes.  Upholding the mission will be difficult, unpleasant, quite likely dangerous.  The danger is not just from the virus, but from our fellow humans.  That does not make the mission any less important.  Innocent lives are still hanging in the balance.

We could retreat in fear from the powerful opposition we have stirred up.  That would allow complete politicization of the management of the coronavirus pandemic, doubtless leading to increased disease and death (and ironically, even worse economic disruption).  Retreating would betray our patients and make a mockery of our mission.  Or we could persist.  What will it be? 'And if not now, when?'

I am a whistleblower.

On a macroscopic level, the President can nationally degrade all doctors and public health officials should they speak against him.

For years on a microscopic level, many doctors have been tossed off hospital staff, lost jobs being fired from medical groups, and sometimes ostracized by slander because they dared expose malfeasance and poor medical care.

Many on the frontline have been mowed down by greedy hospital administrators, insurance company executives, and even physician peers. This has been ongoing, and will continue.

Having a voice and sharing information is a critical part of saving healthcare in this nation. Microscopic attacks against doctors must be recognized as a threat that weakens our whole medical structure.

Frontline whistleblowers: Don’t give up!!!