Now a new story suggests that the administration's selective dissemination of information about the coronavirus pandemic may have enabled the enrichment of its supporters while simultaneously endangering public health.  This may be a new low.

Warning Donors and Supporters While Deceiving the Public

A report by the New York Times on October 15, 2020 suggested that early on top Trump administration officials warned favored donors and supporters that the coronavirus was much more dangerous than the administration had admitted publicly.  This allowed the recipients to personally profit:

On the afternoon of Feb. 24, President Trump declared on Twitter that the coronavirus was 'very much under control' in the United States, one of numerous rosy statements that he and his advisers made at the time about the worsening epidemic. He even added an observation for investors: 'Stock market starting to look very good to me!'

But hours earlier, senior members of the president’s economic team, privately addressing board members of the conservative Hoover Institution, were less confident. Tomas J. Philipson, a senior economic adviser to the president, told the group he could not yet estimate the effects of the virus on the American economy. To some in the group, the implication was that an outbreak could prove worse than Mr. Philipson and other Trump administration advisers were signaling in public at the time.

The next day, board members — many of them Republican donors — got another taste of government uncertainty from Larry Kudlow, the director of the National Economic Council. Hours after he had boasted on CNBC that the virus was contained in the United States and 'it’s pretty close to airtight,' Mr. Kudlow delivered a more ambiguous private message. He asserted that the virus was 'contained in the U.S., to date, but now we just don’t know,' according to a document describing the sessions obtained by The New York Times.

The document, written by a hedge fund consultant who attended the three-day gathering of Hoover’s board, was stark. 'What struck me,' the consultant wrote, was that nearly every official he heard from raised the virus 'as a point of concern, totally unprovoked.'

The consultant’s assessment quickly spread through parts of the investment world. U.S. stocks were already spiraling because of a warning from a federal public health official that the virus was likely to spread, but traders spotted the immediate significance: The president’s aides appeared to be giving wealthy party donors an early warning of a potentially impactful contagion at a time when Mr. Trump was publicly insisting that the threat was nonexistent.

Those Who Got the Information Were Trump Cronies and Supporters

Note that those most likely to hear about the more realistic and dire, but non-public predictions of Trump insiders were people who were supporters of and donors to Trump et al at the Hoover Institute, whose board

includes the media mogul Rupert Murdoch and the venture capitalist Mary Meeker, neither of whom attended the meetings in February

Those who heard about the Trump administration insider's non-public concerns soon acted on them, thus profiting from their enhanced knowledge of the pandemic to come:

'Short everything,' was the reaction of the investor, using the Wall Street term for betting on the idea that the stock prices of companies would soon fall.

That investor, and a second who was briefed on the Hoover meetings, said that aspects of the readout from Washington informed their trading that week, in one case adding to existing short positions in a way that amplified his profits. 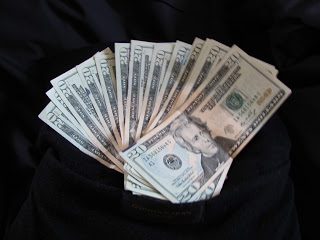 Note that the Times article stated

it is not apparent that any of the communications about the Hoover briefings violated securities laws. The Justice Department and the Securities and Exchange Commission would have several hurdles to clear before establishing that Appaloosa or other funds that received insights from Mr. Callanan, either directly or through intermediaries, acted improperly.

However, consider this: The Trump administration had a duty to manage the growing coronavirus pandemic so as to protect the lives and health of the American people.  The administration had access to considerable information about the pandemic which was not widely available.  We know from reporting by Bob Woodward that President Trump knew how serious the pandemic was likely to be, but concealed that information to prevent "panic." In particular, per Reuters, September 9, 2020:

'I wanted to always play it down,' Trump told author Bob Woodward on March 19, days after he declared a national emergency. 'I still like playing it down, because I don’t want to create a panic.'

Yet, the Trump administration did not act on the information it had.  Many public health experts believe its inaction resulted in the loss of thousands of lives, and resulted in many more cases of COVID-19, some quite morbid that might have been prevented by more forceful action.  Trump avoided effective action while constantly reassuring the public. Meanwhile, his appointees were giving Trump supporters and donors cause to think that the pandemic would actually be quite serious.  Some of them took advantage of that information to make financial transactions, like selling stocks short, enabling them to personally profit.

Whether or not they were legal, the actions above by Trump and his political appointees appeared to have abuse their entrusted for the private gain of their supporters and donors.

We have frequently discussed, most recently here, the many conflicts of interest affecting and corrupt action by Trump, his family, and his cronies.  This case above adds to that list.

We know of one way that the conflicts of interest generated by Trump's continued ownership of the Trump Organization may have enabled his mismanagement of the coronavirus pandemic. We discussed here and here how concerns about financial losses incurred by the Trump Organization due to lockdowns and other restrictions by state and local public health authorities to manage the pandemic may have influenced Mr Trump to urge premature reopening of the economy.  Thus he may have prioritized his personal finances over public health.

However, the danger of the apparent corruption revealed by the newest case seems more direct. Trump and cronies' restricted dissemination of information about the pandemic allowed enrichment of their supporters while endangering the population at large. In any case, once again, private profit trumped public health.

Yet up to now, protests of his conflicts of interest and corruption have been feeble, while the country has been distracted by each new surprise from a presidency run like a reality television show.  How much longer can the country survive our lack of focus on how we are threatened?

And what would happen if there was panic and massive robberies, murders, and at the same time the entire spread of the coronavirus? I think for some people, panic is evil. But it is also bad to downplay reality for your own purposes. Smart country management is exactly this balance between two extremes.