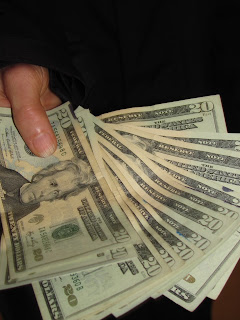 Some corporations paused some of their political giving after a mob whipped up by Trump at a January 6, 2021, rally violently stormed the US Capitol to try to prevent the certification of the 2020 election. However, within two months they started giving again in support of Republicans in Congress who voted not to certify the election (see this April, 2021, post, and this July 7, 2021, post).

Now yet another report shows continuing support by large health care corporations for Republican legislators who supported the nullification of the election.

Health Care Corporate Funding of Politicians Who Would Overturn an Election

On August 17, 2021, Popular Information published The January 6 Corporate Accountability Index.  It promised to be results of a comprehensive monitoring efforts of corporate pledges to make changes in their political giving to the "147 Republicans who voted to overturn the election, setting the stage for the riot." It included several categories of pledge violations.  Its results included some of the companies who went back on their pledges as described in our April and July posts.  It also included many more companies that did not make it to previous reports.  The relevant results by category were as follows

"After January 6, Sanofi said it would suspend contributions to Republican objectors. Sanofi donated $15,000 to the NRSC on 3/17."

As we said before, most health care corporations publish high-minded aspirational statements that promise pluralism, support of the community, and of our representative democratic society.  For example, Sanofi Pasteur claims:

However, the new data revealed above, and data discussed in our two previous posts showed that leaders of  more and more large health care corporations saw fit to direct contributions to politicians who promoted anti-democratic policies. Funding political leaders who would challenge election outcomes in the absence of very clear evidence of election irregularities seem s to violate high-minded corporate pledges of inclusiveness like those above.

On the other hand, maybe it is not just about money.  Again, as we said before, by virtue of being top managers corporations, particular individuals can control political funds far beyond what they would  be able to control as private persons, and to do so quietly and sometimes anonymously.  Corporate leaders may thus be able to promote their own interests through their corporations' political giving.  Those interests may go beyond just personal enrichment.   Some may also be interested in personal political power, or have other ways they might benefit from anti-democratic, authoritarian, even openly fascist national political leadership.  Big industrialists have backed authoritarian and openly fascist regimes in other countries before, some to make more money, but in retrospect, some for darker reasons. (See, for example, this article on how German industrialists financially bailed out the Nazi party in 1932.)

Leaders of large corporations now appear willing to wield large amounts of political power leveraged by the organizations they control.  Yet until recently they may have been able to do so without disclosure to society at large.  That society may be greatly affected by this power, but when it can be wielded quietly, have had little say in who has it and its uses.

We as health care professionals, policy makers, patients and members of the public at large deserve to know how health care corporate leadership is directing money to political causes, and how they benefit from doing so. If they are not doing this in our interests, our we need to make sure things change.

No pharmaceutical manufacturer thinks about human health. We are all customers for them..
Kalıcı Oje