As Records Go Digital, Cultures Clash, Bringing to Life Secrets the Health IT Companies Don't Want You to Know

The following story perhaps brings to life much of the advice from a candid HIT vendor (who happens to also be a physician) in my post "10 Secrets the EHR Companies Don't Want You to Know":

A group of Broward County doctors looking to switch to electronic medical records say the result has been a massive headache: surprise charges, inadequate training and even blocked access to patient files.

... Experts say a culture clash between mid-career physicians and tech-savvy software vendors can translate into mismatched expectations. They tell the buyer to beware.

And with federal incentives now in play, they say there is bound to be further conflict.

“I get upset just talking about it,” said Dr. Arleen Richards, a Plantation physician and one of the doctors who signed a contract with Castranova. [An IT supplier - ed.] "When you look back in retrospect, you’re like, ‘how did this happen?’"

Physicians are too trusting of IT salespeople, that's how. I recommend considering an IT purchase as you would consider purchasing a used car.

Richards says Castranova promised a cheap, easy piece of software that would increase efficiency in filing insurance claims. The price tag: $10,000 plus the cost of some new computers.

... After signing up, Richards learned she would have to pay a $2,500 licensing fee for each provider in her office, to qualify for the stimulus funds. In addition, she said Castranova hit her with almost $15,000 in charges to install new computers--charges she didn't authorize. [cf. Secret #5: Determining how much a specific EHR costs is going to be difficult, and you are going to be nickel-and-dimed every step of the way! - ed.]

$10,000 for the software, plus previously undisclosed per-user licensing fees and $15,000 to install what are probably commodity computers available at Newegg for a few hundred dollars? If true, the term for this "gotcha" is: ripoff.

Castranova said he doesn’t understand how she could think the computer charges were unauthorized. After all, he said, someone had to let him into her office to install the machines.

A contract that clearly specifies such "materials and labor costs" is the standard when, say, a plumber fixes your toilet.

This is especially true when those costs exceed the cost of the product itself, the software. These IT added costs should always be presented to clients up-front, above board, in writing and in a manner that could not cause misconceptions or buyer's remorse. If this did not occur here, then that is a problem.

Another of the doctors in a tiff with Castranova, Fort Lauderdale internist Paul Preste claims Castranova didn't provide adequate training after installing the electronic records system.

Preste's office manager, Donna Golden, said there was a day-long training and that Castranova’s employees came to the office on a number of occasions, but she noted some practitioners had to start from scratch after decades of paper records.

One day of training on a complex information system? That is a joke.

In another complaint against Castranova, Dr. Linda Kaplan said she too was surprised by charges on her invoice. When they first met, Castranova recognized her as a former medical editor at the local NBC television affiliate. She said he offered to waive her software and training fees if she would endorse the product [cf. Secret #3: Even that EHR-using physician you've been referred to may have been paid off! -ed.]

Kaplan agreed, but she said she was unimpressed with the system once it was installed in her Hallandale Beach office. She was reluctant to drum up business when she wasn't a satisfied customer.

Kaplan said Castranova was displeased with her lackluster endorsement and locked her out of some 600 patient records on his server. He billed for the software system anyway. [cf. Secret #6: Your patient data will be a bargaining chip to prevent you from leaving an EHR company! - ed.] 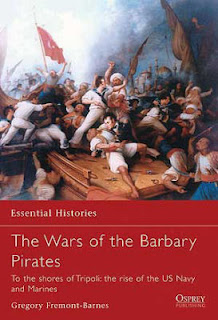 "We are holding your patient information hostage. Pay up."

I sincerely hope for this vendor's sake that none of those 600 patients suffers an adverse outcome during the "records blackout." This information is not exactly chopped liver.

Here is perhaps the most concerning statement in the article:

No agency tracks electronic medical records disputes, but experts said feuds like these are not uncommon ... Linda McMullen of the Florida Medical Association said she's starting to hear similar stories of spats between doctors and software vendors.

As the government pushes health IT on to unwary physicians, physicians need to educate themselves on the wiles of the IT profession ... fast.

(HC Renewal and my academic site on HIT dysfunction are two examples of where to start.)

Advice in the article:

Maxwell, the software consultant, said doctors can avoid some of the grief by thoroughly researching their options before buying an electronic records system. She encouraged medical offices to shop around and set a five-year budget that includes the cost of scrapping a system if it doesn't work out.

Draw up an exit strategy for retrieving data if something goes wrong, she counseled. And get expert help reviewing contracts. [I note that data migration is never cheap, and never easy - ed.]

"The people that have had problems just went out and bought one (electronic medical records system)," she said, as opposed to researching the software and the company behind it.

Fine advice. However, this reality belays the arguments about health IT being a deterministic convenience, saving money and improving efficiency. IT is often a headache and a money pit in and of itself.

Posted by InformaticsMD at 3:32 PM

Email ThisBlogThis!Share to TwitterShare to FacebookShare to Pinterest
Labels: Healthcare IT failure, IT culture, IT sales

Best advice: Do not buy and take the penalty. Spread the word.

Doctors need to realize that salespeople are salespeople. They have no real interest in the product and once the sale is completed have no interest in you. I cringe when I hear drug reps described as medical professionals. NO.

Doctors also need to realize that in the scenario described they would not have many of the consumer protections afforded other purchases. This would be considered a commercial purchase with a sophisticated buyer who has access to legal and professional counsel. The doctors would have to prove fraud, a long and messy process.

I am not an attorney and have no ties to the IT or HIT industry. I have entered into contracts where information was withheld and the response of the other party had been: Sue me. This is never a good choice.

Doctors need to realize that today, yesterday, and tomorrow there are people who will take you money and feel no obligation to provide a service or product. In fact, they will laugh and tell people how smart they are and how dumb you are, thus fulfilling one of their psychological needs: To win.

Welcome to the world of sales and sales management.