IT Religion and Windows 7 "God Mode"

I've written in the past that IT has become something of a religion, with computers as an altar or shrine, programmers and technicians as clergy, programming a sacrament, and an irrational exuberance and "faith" prevailing about the computer's miraculous capabilities despite growing literature to the contrary. Of course, my focus has been on computers in medicine.

I am generally very happy with Windows 7. Microsoft has done well, but this caught my attention:

Although its name suggests perhaps even grander capabilities, Windows enthusiasts are excited over the discovery of a hidden "GodMode" feature that lets users access all of the operating system's control panels from within a single folder.

By creating a new folder in Windows 7 and renaming it with a certain text string at the end, users are able to have a single place to do everything from changing the look of the mouse pointer to making a new hard-drive partition.

... To enter "GodMode," one need only create a new folder and then rename the folder to the following:

Once that is done, the folder's icon will change to resemble a control panel and will contain dozens of control options.

I've tried it, and it works. Upon renaming a new desktop folder as above, the folder actually transforms into the following icon and label:

Then, on opening the "God Mode" icon a comprehensive list of control options appears. Very convenient and useful.

While the name was clearly intended to be humorous, I think that the originators of this name could and should have come up with a less theistic name. Not on religious grounds, but on psychological ones - i.e., the impact such nomenclature might have on IT personnel.

I'm already seeing comments such as "Did you know that you can become a God? Well, at least on Windows 7!" on IT enthusiast sites...

The culture of IT is already patronizing enough towards end users, thank you very much.

I felt the same way ca. 1976 when visiting professors from MIT implemented the programming language "Logo" on Boston University's IBM 370-based RAX timesharing system. The RAX/370 monitor command for restarting after a Logo interpreter fault was "RESAT GOD" (resume at symbolic address 'God', a symbol defined by the professors to represent an address in the 370's user program address space). Since the Logo interpreter was in beta, I had to type that Charlton Heston-esque command often...

Note: having spent some time in Saudi Arabia, I'm not sure how well this Windows 7 holiness will go over in that part of the world... 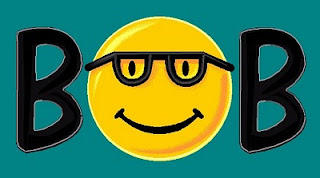 Posted by InformaticsMD at 12:02 AM

Email ThisBlogThis!Share to TwitterShare to FacebookShare to Pinterest
Labels: IT culture, Microsoft, windows 7

Gee, since I am often saying it when using HIT, is it possible to name a folder "godamnit"? What is the icon?

since I am often saying it when using HIT, is it possible to name a folder "godamnit"? What is the icon?

You can name the folder anything you like.
Someone just came up with "Godmode" and that caused the news to start spreading since it's rather catchy. But "WhateverTheHellYouPlease.{ED7BA470-8E54-465E-825C-99712043E01C}" works exactely the same.

Indeed. However you didn't read my entire post, where I noted that.