If gov't officials can't deal with bendy bananas, curvy cucumbers and water for hydration, how can they possibly consider issues with computers?

I present this story with almost no commentary except this post's title, the simple observation that keeping government out of many aspects of out lives is not a bad idea, and a few minor points:

Brussels bureaucrats were ridiculed yesterday after banning drink manufacturers from claiming that water can prevent dehydration.

By Victoria Ward and Nick Collins

EU officials concluded that, following a three-year investigation, there was no evidence to prove the previously undisputed fact.

Producers of bottled water are now forbidden by law from making the claim and will face a two-year jail sentence if they defy the edict, which comes into force in the UK next month.

Last night, critics claimed the EU was at odds with both science and common sense. Conservative MEP Roger Helmer said: “This is stupidity writ large.

“The euro is burning, the EU is falling apart and yet here they are: highly-paid, highly-pensioned officials worrying about the obvious qualities of water and trying to deny us the right to say what is patently true.

“If ever there were an episode which demonstrates the folly of the great European project then this is it.”

The Department for Health disputed the wisdom of the new law. A spokesman said: “Of course water hydrates. While we support the EU in preventing false claims about products, we need to exercise common sense as far as possible."

German professors Dr Andreas Hahn and Dr Moritz Hagenmeyer, who advise food manufacturers on how to advertise their products, asked the European Commission if the claim could be made on labels.

They compiled what they assumed was an uncontroversial statement in order to test new laws which allow products to claim they can reduce the risk of disease, subject to EU approval.

They applied for the right to state that “regular consumption of significant amounts of water can reduce the risk of development of dehydration” as well as preventing a decrease in performance.

A meeting of 21 scientists in Parma, Italy, concluded that reduced water content in the body was a symptom of dehydration and not something that drinking water could subsequently control.

Now the EFSA verdict has been turned into an EU directive which was issued on Wednesday.

He said: “I had to read this four or five times before I believed it. It is a perfect example of what Brussels does best. Spend three years, with 20 separate pieces of correspondence before summoning 21 professors to Parma where they decide with great solemnity that drinking water cannot be sold as a way to combat dehydration.

“Then they make this judgment law and make it clear that if anybody dares sell water claiming that it is effective against dehydration they could get into serious legal bother.

Rules banning bent bananas and curved cucumbers [what?? - ed.] were scrapped in 2008 after causing international ridicule.

Prof Hahn, from the Institute for Food Science and Human Nutrition at Hanover Leibniz University, said the European Commission had made another mistake with its latest ruling.

“What is our reaction to the outcome? Let us put it this way: We are neither surprised nor delighted.

“The European Commission is wrong; it should have authorised the claim. That should be more than clear to anyone who has consumed water in the past, and who has not? We fear there is something wrong in the state of Europe.”

Prof Brian Ratcliffe, spokesman for the Nutrition Society, said dehydration was usually caused by a clinical condition [like hot weather and low fluid intake? - ed.] and that one could remain adequately hydrated without drinking water. [As the study was done in Italy, perhaps they had something else in mind? - ed.] 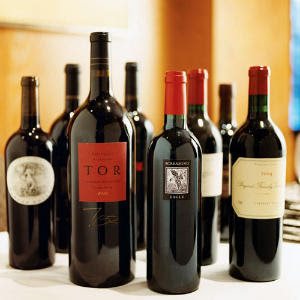 He said: “The EU is saying that this does not reduce the risk of dehydration and that is correct.

“This claim is trying to imply that there is something special about bottled water which is not a reasonable claim.”

Hard as this is to believe, the ruling is no April Fool's joke.

Next they'll be saying food cannot be claimed to prevent malnutrition.

This is why we the people want to starve the beast of government. So often they scream when any mention of budget cutting comes up. Essential services would be cut!

We the people obviously don't believe that only essential services are being done now. Until we see fewer of these un-essential and often counter productive things come out of government, we instinctually want to starve the beast.

Gov't officials can do what? Nothing

Hmmm -- if it induces people not to waste their money on bottled water, it's not all bad.