If we had a widespread outbreak of virulent, drug-resistant Bubonic Plague in another country, would we ban travel from that country to ours?

Bubonic plague is known to have killed massive numbers of people in the 6th century and after (http://en.wikipedia.org/wiki/Bubonic_plague).

... The first recorded epidemic ravaged the Byzantine Empire during the sixth century, and was named the Plague of Justinian after emperor Justinian I, who was infected but survived through extensive treatment. The epidemic is estimated to have killed approximately 50 million people in the Roman Empire alone. 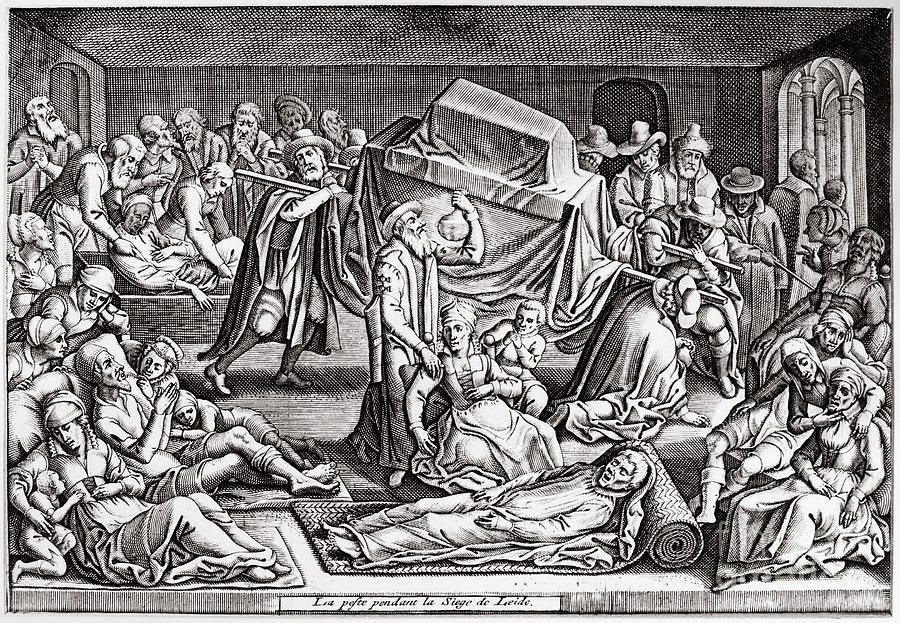 Of course, epidemiology was not understood then - or even the nature of infectious disease.

... Bubonic plague is an infection of the lymphatic system, usually resulting from the bite of an infected flea, Xenopsylla cheopis (the rat flea). In very rare circumstances, as in the septicemic plague, the disease can be transmitted by direct contact with infected tissue or exposure to the cough of another human.

Yet we have this:

The second health care worker who tested positive for the Ebola virus [after caring for the late Thomas Duncan] took an airline flight from Cleveland to the Dallas/Fort Worth International Airport the day before she reported symptoms of the disease, federal health officials said Wednesday.

Why was this person on a commercial flight while supposedly being "monitored" for the disease?  How did the worker get from Dallas to Cleveland in the first place?  (Another flight, most likely.)

The federal Centers for Disease Control and Prevention said in a statement that “because of the proximity in time between the evening flight and first report of illness the following morning,” it was reaching out to passengers.

Frontier Airlines said Flight 1143 landed in Dallas-Fort Worth at 8:16 p.m. Monday and remained at the airport over night.


When, exactly, is the disease transmissible and when is it not?  Before symptoms, "in proximity" to symptoms, after symptoms?  The calls for "reaching out" suggests nobody is quite confident of the exact time of infectivity of an affected person.

The hospital worker, who has not been identified, was part of the medical team that cared for the Thomas Eric Duncan, the Ebola patient who was admitted to a hospital in Dallas on Sept. 28 and put in isolation. The worker reported a fever on Tuesday and was immediately isolated at Presbyterian hospital.

Crew members said the woman had shown no signs of illness while on the flight, according to a statement from the airline and the disease centers.


I don't think the crew members were either qualified or equipped to render a definite diagnosis.

The agency asked that all 132 passengers who took the Cleveland flight to contact the federal health authorities (1-800-232-4636). “Individuals who are determined to be at any potential risk will be actively monitored,” it said in a statement.


Why are all flight passengers being asked to contact the authorities, one wonders?  Just who is "at potential risk?" What about people the worker may have contacted in the airport, in the waiting lines, in the restaurants, in the bathrooms?

Frontier said in a statement that the aircraft “received a thorough cleaning per our normal procedures,” at Dallas-Fort Worth and that it was then cleaned last night in Cleveland.


Is this some type of guarantee of non-spread of Ebola?  I seem to recall the apartment of the first healthcare worker to contract the disease was fumigated.

It seems clear the mode of spread of this disease is not truly understood to a great degree of confidence by our officials or governmental leaders.

What Ebola does apparently have, however, is up to a 70% mortality rate, and that rate is likely higher in children and the aged.

Our politicians, however, seem to have no problem with using the public as laboratory specimens to figure out how the virus spreads, rather than taking immediate action to, as in any epidemic, quarantine the sources.

Has quarantine all of a sudden been determined to have no role in limiting the spread of infectious diseases for which there is no treatment, and which have an exceptionally high mortality rate?

Is political correctness more important than our lives?  What kind of idiots do we have as our leaders?

Why the hell was this healthcare worker - or any other worker potentially exposed to the virus - permitted to fly before the transmission of the virus is truly understood?

Is not extreme caution with a disease of this nature, and scientific study in confined laboratory environments a wise path, rather than hope, wishful thinking, and putting the public health at risk?

Quarantine by travel restrictions is overdue, and it is unclear how many people will pay the price for that fundamental (and seemingly deliberate) scientific faux pas.

Welcome to the public's new role as laboratory rats.  I, for one, did not sign up.

Only one word comes to mind for our national leaders and the "experts" - RECKLESS. Perhaps CAVALIER as well.

Yes political correctness is more important than our lives. Why are we surprised.

CDC "leaders" are nothing but suits filled with hot air. When it came time to do something constructive, they failed.

Hey, ya think they could manage the flu?

Our other posts on Ebola (look here: http://hcrenewal.blogspot.com/search/label/Ebola%20virus) and lots of the media coverage of the disease suggest there have been plenty of empty suits involved so far, at CDC maybe, but also at WHO, at big hospital systems, particularly Texas Health Resources, and in big pharma (who up to now were totally uninterested in developing Ebola vaccines or treatments because the profit in it was too small).

So feel free to criticize the US government, and the CDC, but there is plenty of blame to go around.