The Mystery of the Discharged Ebola Patient - Where is Sherlock Holmes When We Need Him?

As discussion, if not outright panic, about Ebola infections increases in the US, it is still hard to figure out what heath care professionals and the health care system need to do to protect patients and the public in a very changed world.

One pressing question is how to identify people at risk of having the infection so as to best care for them, and to protect the public from further spread of the infection, without swamping the health care system, needlessly reducing civil liberties, or spreading further panic.

To better answer question, better understanding why the first patient who was diagnosed with and then died from Ebola in the US was initially not diagnosed might help.  However, at this time, the whole thing seems mysterious. As a column published on October 7, 2014 in the Dallas Observer was entitled,


"Why Don't We Know Yet Exactly What Happened When Our Ebola Patient Zero Appeared?"


On this blog, InformaticsMD was the first to speculate that problems with the design and implementation of an electronic health record (EHR) might have enabled the discharge of this patient, after he presented to the emergency department with non-specific symptoms soon after returning from Liberia.  The next day, an official statement from Texas Health Resources seemed to confirm that a "flaw" in the hospital's EHR prevented adequate communication of the patient's travel history between  a nurse and a physician.  However, one day later, as InformaticsMD discussed here, the hospital reversed itself, releasing another statement that there was no "flaw" in the EHR.  That statement, however, did not explain either why the first statement came out, or anything more about the diagnostic failure.

So, as the Dallas Observer column stated,

The question of why Duncan was sent home initially instead of isolated is still the most stubborn mystery in the saga of 'Ebola Comes to Dallas.'


As columnist Jim Schultze explained, this question has implications for health care professionals and health care organizations who need to figure out how to best deal with the next patient who shows up who might or might not have Ebola.

If Duncan's dismissal from the emergency room on his first visit was a bungle, then it's reasonable to assume that everybody knows about the bungle by now and a similar goof is unlikely to happen again at any decent hospital in America. But if the handling of Duncan grew out of something more systemic, especially a business or management style or policy, then it may be less reasonable to assume the next hospital will be immune from the same issue.

if the Eric Duncan mistake flowed from something more systemic, then we absolutely need to know what it was and how it happened so that we can look for the same problems everywhere else. If it was a non-medical problem, I can almost guarantee you it will turn out to be an issue not be unique to this hospital.


Mr Schultze is not the only one to point out the critical need to solve this mystery.  He quoted

former Boston hospital CEO, Paul Levy, called on Texas Health to open up: 'A failure by a hospital to be open about what went wrong in a major medical case such as this," Levy said, "does a major disservice to everyone else in the health care industry.'


Similarly, the editor of FierceEMR wrote,

The Texas Health situation may be setting a dangerous precedent. This is a major world health crisis for which providers worldwide are trying to prepare. If truly the mistake Texas Health made in releasing Duncan was its mistake alone, so be it.

But if there really was a design flaw, then every provider--and every vendor--needs to know about it, evaluate whether it has the same problem, and correct it.

The patients deserve no less.


So far, to date, we have heard nothing more from the managers of Texas Health Presbyterian or its parent non-profit corporation, Texas Health Resources.  It appears we need a reincarnation of Sherlock Holmes to solve this one. 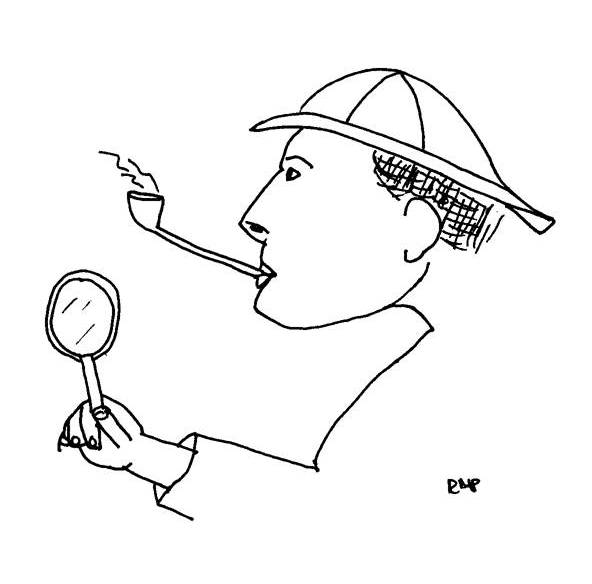 I am not he.  But I do believe there are some clues, however, weak, that suggest system flaws.  They can be found in an interview of the new Texas Health Resources chief operating officer (COO), Dr Jeffrey Canose, published in Healthcare Informatics a few weeks before Mr Duncan presented first to the Texas Health Presbyterian emergency department.

One of his points was that the hospital system is changing its emphasis from acute care to population health (however that may be defined),

we made the decision to become more of an integrated health system, and started to build the infrastructure for population health

The biggest challenge is to continue on our journey to increase our capabilities as a fully integrated health system; to develop the competency to be a high-performing system in the realm of population health management; to shift our focus from sick care to actually managing well-being....


Also, he referred to participation in the Pioneer ACO program as


Recall Mr Schulze's point that the failure to diagnose Mr Duncan could have been due to a business management style or policy.  So maybe we have a clue that the hospital's policy to reduce emphasis on acute care, including the emergency department, might have had to do with problems in the ED leading to a diagnostic misadventure.

the electronic health record is a huge enabler to all this; the next challenge will be to enable things further, including through data mining, working with big data, and clinical and operational support

around collaboration at the sharp point of redesigning patient care—... people in IT are mission-critical partners in hearing what kinds of problems we’re trying to solve, and in helping us to figure out how to drive clinical transformation and care design, and how to drive efficiency.


So maybe we have a clue that the management was very heavily intellectually invested in their health care information technology infrastructure, and perhaps thus less willing to think about how health care IT could be the cause, rather than solution of problems, such as diagnostic problems in the ED.

Finally, this may be just a hint, but Dr Canose spoke

We have a clear focus on continuing to elaborate the infrastructure we need in order to do population health management, and we’re continuing to build those capabilities over time, and explore ways we can deploy through our employed physician groups,...


This implies that many physicians who practice at Texas Health Resources hospitals are in fact its employees.  We have at times written about the perils being a corporate physician.  One is loss of autonomy, as physician employees become beholden to organizational managers.  So maybe we have a clue that physicians' loss of autonomy, perhaps the autonomy to put patients ahead of corporate policies and managerial edicts, such as those deemphasizing emergency care, could have enabled the failure to diagnose the Ebola "patient zero?"

We wrote earlier that the rise of generic managers as leaders of health care organizations degrade the US' ability to deal with Ebola.  In the mystery of the discharged Ebola patient, we seem to see the sort of managerial obfuscation that seems characteristic of many generic managers.  More transparency from the management of Texas Health Resources would surely help the US deal better with the ongoing challenge of Ebola.  In the long run, Ebola may teach us a hard lesson about the need to put health care leadership in the hands of people who understand health care, and subscribe to its mission to put patients and the public health first.

What the hell does it mean for a hospital to "manage well-being?"
What about the sick and the suffering?

Ah, the pipe dream of the silver bullet of IT-enabled transformation.

The sure path to hell.

What is this guy smoking?

Factoid: Mr. Duncan was a guinea pig in an infrastructure experiment at Texas Health Presbyterian using EHR devices that too, are experimental.

None of the EHR devices have been approved by the FDA. By definition, they are experimental.

"So far, to date, we have heard nothing more from the managers of Texas Health Presbyterian or its parent non-profit corporation, Texas Health Resources. It appears we need a reincarnation of Sherlock Holmes to solve this one."

Better than Sherlock, I think we need a public Mortality & Morbidity Conference, the traditional way hospitals and physicians learn from their mistakes. Usually M&Ms are conducted behind closed doors for legal and ethical reasons. But in this public case, the risk of being sued and staff privacy issues needs to take a back seat to critical public health education; all physicians and hospitals must know exactly what happened to help ensure that it doesn't happen again, in this or future infectious/bioterrorism crises.

Presumably the hospital tried to protect itself legally by reflexively blaming their electronic medical records Epic. They retracted that statement the next day (upon protest from Epic?) and has thereafter remained silent other than leaked newsy morsels about a higher-than-first- admitted temp and discharge prescription for antibiotics (what did they think they were treating?!?).

I think that the silence from the hospital and staff is making everything worse.

The EMR issue is a separate affair, and deserves its own full and transparent accounting of course. The EMR system clearly failed in its alert function. But the direct tragedy seems to be secondary to human error: the triage nurse not slapping a mask on Mr Duncan's face and escorting him to an isolation room, and the clinician who cared for him also not obtaining an appropriate ER history and/or not recognizing his risk. This, despite the obvious ethnicity of the patient and the months of Ebola news blanketing medical and public media. A cacophony of errors.

I think that the US medical community has a moral responsibility to investigate itself, or encourage investigations by an appropriate entity if not Sherlock himself. A court of law could work, but in this case it will just take too long.

The hospital's newfound interest in wellness care is an important observation. In this case, though, my gut feeling--or my hope--is that the ER staff would be largely immune to such administrative shifts, given that ER practice has little to do with wellness care. But who knows?