Another Missing Link Discovered: 1969 IRS Rule Change Allowed US Hospitals to Discriminate Among Patients Based on Ability to Pay

Prelude: the Suits in the Elevator

Another long night on call of my interniship was over.  Having managed to wolf down breakfast and brush my teeth, disheveled and in unwashed scrubs I stumbled into the elevator on my way to the wards.  In it were some of well-groomed people in nice suits.  They looked at me with wrinkled noses, oozing disdain.  I wondered who they were: pharmaceutical representatives?  Somewhat troubled, I disembarked the elevator and went to work, just another house-staff cog in the teaching hospital patient care machine.  The suits went up to the management floor.  Later I would learn they were top hospital executives....

Despite some protestations to the contrary (e.g., here), the US health care system has been plagued by dysfunction.  According to a recent Commonwealth Fund study, the US was ranked 11 out of 11 in health care quality, but 1 out of 11 in costs.  Traditionally, health care reform has targeted ongoing problems in the cost, accessibility and quality of health care, but reform efforts have yielded little improvement.  (For example, recently the Accessible Care Act seems to have improved access, but hardly addressed cost or quality.)

In the early 2000s, before we started Health Care Renewal,  we encountered lots of disgruntled health care professionals who thought that health care was going off the rails, but had no idea what to do about it.  Some crude qualitative interviews, and a lot of delving into news stories about health care dysfunction suggested a number of factors that seemed to enable increasing dysfunction, but were not much discussed.  They included threats to the integrity of the clinical data base, including manipulation and suppression of clinical research; deceptive marketing; distortion of health care regulation and policy making; bad leadership and governance; concentration of power, abandonment of health care as a calling, perverse incentives putting money ahead of patient care, teaching, and research; the cult of leadership; managerialism; impunity enabling corruption; and taboos preventing honest discussion. (Look here for details.)

As a medical student, I was idealistic, thinking it was all about taking care of patients in a humane way, based on science. Was I just completely naive?  Others, however, have described health care in the US from the end of World War II into the 1960s as underfunded, but earnest in pursuit of the mission.  It was also a very human affair, not based in large organizations and big business.  Physicians practiced as individuals or in small groups.  Hospitals were local, community-based charitable organizations or teaching hospitals tied to single medical schools.  Insurance was largely provided by regional non-profit organizations or the government.

We seem to have stumbled down a dark path since those days. Now everything revolves around huge hospital systems and for-profit corporations.  Physicians are now largely corporate employees.  It is all about money.  And we have the most most expensive health care system in world.  How did we get from there to here?

Early on, many of the people we met seemed to insist that it was all inevitable.  Some changes admittedly were not too hard to explain.  For example, after government started providing insurance to the elderly and poor, and research spending ramped up, costs rose, and in the Nixon administration the government outsourced cost control to commercial managed care.  By the 1980s, as Ludmerer wrote in Time to Heal (p 365), under pressure from managed care:

Now I could recognize those suits in the elevator.

However, the roots of the huge changes that happened in the US from the end of World War II to now were frequently unexplained.  Why could not business oriented management still put patients first? Why were the new managers so ill-informed, ignorant of or even hostile to the health care mission, self-interested, conflicted or even corrupt? Why did regulation of health care seem so big, yet so ineffectual?  Why were the prices of some goods and services so far beyond any value that they could have provided?  Etc, etc, etc.

Since the early 2000s, we have learned more about the historyof health care dysfunction, and also stumbled upon some missing links that added to the explanation.

This week, we found another missing link. 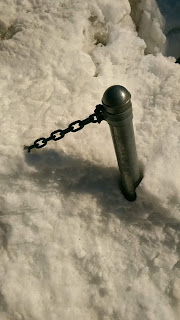 Often overlooked are small regulatory changes, such as adjustments to Internal Revenue Service codes over the past 70 years, that have allowed hospital care to evolve from a charitable mission into a profit-driven industry.


The historical background is

In 1956, as hospitals were evolving into centers for medical interventions, the Internal Revenue Service issued Revenue Ruling 56-185, which applied solely to hospitals. This ruling was the first to allow hospitals to qualify for federal tax exemptions if they fulfilled qualifications related to providing health care. That represented a deviation from the previous requirement of affiliation with a religious institution or fulfilling another charitable purpose.

Revenue Ruling 56-185 established four criteria that a hospital must fulfill to qualify for 501(c)(3) tax-exempt status:

- not restrict the use of its facilities to a particular group of physicians and surgeons, such as a medical partnership or association

Through criteria 2 of Revenue Ruling 56-185, the IRS — not the legislative, executive, or judicial branches of government — mandated that tax-exempt hospitals must provide care to patients who were unable to pay without an expectation of payment.


However, for reasons that remain unclear,


In 1969, the IRS issued Revenue Ruling 69-545, which updated the federal tax exemption requirements for hospitals. This ambiguous ruling, written as a case example rather than a defined list, included a subtle change of language that permitted tax-exempt hospitals to restrict access to care depending on a person’s ability to pay. For many individuals, that meant their health insurance status. According to Revenue Ruling 69-545, a hospital that operates as described as follows (emphasis added) would qualify:

The hospital operates a full time emergency room and no one requiring emergency care is denied treatment. The hospital otherwise ordinarily limits admissions to those who can pay the cost of their hospitalization, either themselves, or through private health insurance, or with the aid of public programs such as Medicare. Patients who cannot meet the financial requirements for admission are ordinarily referred to another hospital in the community that does serve indigent patients.

This language is a subtle yet monumental contradiction of the IRS’s original 1956 guidance, which stated that a 501(c)(3) hospital 'must not, however, refuse to accept patients in need of hospital care who cannot pay for services.'

Revenue Ruling 69-545 was neither an act of Congress nor a flashy executive order, yet it laid the foundation for the U.S. health care system to become driven by payment, a privilege of the rich and a necessity continually out of reach for the poor.

The year after this ruling appeared, The Tax Lawyer, a publication of the American Bar Association, described the 1969 rule change as 'representing a shift by the [Internal Revenue] Service from requiring the admission of a substantial number of charitable cases in order to qualify for exempt status.'

A 1971 paper written by Marilyn G. Rose for the Catholic University Law Review correctly forecast the implications of this new ruling. 'Most importantly, this tax policy [Revenue Ruling 69-545] operates as unwise health policy by perpetuating and enlarging the gulf between the health care available to the rich and that available to the poor,' Rose wrote.

Beyond those publications, I found little evidence of journalistic coverage of the 1969 rule change. Only a handful of academic papers on it were published between the 1970s and the 1990s.


New IRS rulings have not substantially changed the effects of the 1969 ruling.  Since 1969, but especially in the last 30 years, we have seen increasing evidence of hospital leaders' hostility to the traditional mission that put patient care ahead of all else, including revenue generation.  Instead, even in non-profit institutions, leaders have appeared to adopt the shareholder value dogma propogated by business schools, putting revenue ahead of all else (look here).  Of course, as revenue goes up, hospital management has been able to command even greater compensation.  When revenue generation is the main goal, perverse incentives drive ignorance, conflicts of interest, even crime and corruption.

And yet it took 50 years to discover this missing link.

And it raises further questions.  Who was responsible for the 1969 regulatory change?  What was the motivation for it?  Why did it attract so little attention at the time?  Why did nobody really notice it for 50 years?

Those who are ignorant of history... are unlikely to be able to fully challenge its effects.

As we learn more about the hidden history that explains where we are today, a bigger meta-question is why there has been so little curiosity about the roots of our current health care (and broader political economic) dysfunction, at least until now.

When people do not look to answer questions, it  may be that they fear what they will find.

While we try to push for all the reforms that are so badly neeed, we are handicapped by our ignorance about how our current troubles came to be.  We must vigorously seek reform while simultaneously vigorously investigating why the world went wrong.