Despite Public Protestations of of Bipartisanship, Many CEOs of the Largest US Health Care Corporations Appear Partisan, and Mainly Republican

In this sense, the leaders of big health care organizations have seemed similar to the leaders of large businesses in general.  For example, a recent New York Times article noted,

The Business Roundtable, the top lobbying organization for industry in Washington, is often characterized as a nonpartisan or bipartisan organization.


Yet,  recently, especially in the US, we have seen evidence that some health care organizations have become partisan, albeit stealthily, throwing their support behind political candidates, parties and organizations that may support their policy and regulatory goals, even while they may also support positions that go against the health care and public health mission, or even may be frankly anti-democratic.  In the US, organizations and their leaders now may support partisan aims with dark money, funds whose origin is disguised.

The recent NYT article noted above summarized some newly released research showing how corporate leaders in general have become more partisan, and more partisan in a particular sense.

Based on Disclosed Personal Contributions, Since 2000 Most Top Corporate Executives Became Very Republican

The NYT article summarized a study of disclosed personal political contributions made by S&P 1500 executives from 2000 to 2017.

To be counted a supporter of Republicans or Democrats, executives had to direct at least two-thirds of their donations to candidates affiliated with one party.

They only released aggregate data, not data on particular industries, much less particular companies.  The main findings were:

More than a quarter of the executives studied gave enough to both parties to be classified as 'neutral.'

just 18.4 percent of the executives studied were designated as Democrats. The clear majority — 57.7 percent — demonstrated their affiliation through donations to the Republican Party. Indeed, 75 percent of donations from the median chief executive were directed to Republicans.


That strongly contrasts with the notion that big business and its leaders are non-partisan, although perhaps eager to be popular with people, particularly customers and politicians, with all sorts of political affiliations.

The study disclosed no information on any particular executive or company other than Tim Cook of Apple, one of the minority of apparently studiously bipartisan corporate leaders.


However, another article from October, 2018 in MarketWatch provided some particular information on how partisan leaders of health care corporations have become.


Many CEOs of Big Health Care Corporations are Very Republican

The MarketWatch article, which reported the journalists' own study, also opened with the notion that corporate executives have been known for being non- or bi-partisan,

Company executives often steer clear of any appearance of partisanship, in large part because they don’t want to alienate customers and investors who back the other side.


Their study focused on disclosed political contributions from CEOs of S&P 500 companies, the largest publicly traded companies in the US, from 2017 through August 31, 2018, that is, those relevant to the most recent US national election, the 2018 mid-term election.

They also found that many executives were heavily partisan based on their personal political donations.

MarketWatch’s analysis found that among the CEOs who did contribute to party-affiliated committees, nearly all leaned heavily blue or red, with few donating equally to the two main parties. More than 84% of the 261 CEOs who contributed to partisan committees donated 70% or more of their money to one party or the other. And about 100 of the CEOs spent above the median amount and contributed 75% of their money to one party.

The chief executives contributed a total of $7.4 million to Republican groups, almost triple the $2.6 million contributed to Democratic committees.


The article presented a graphic showing the CEOs who were most partisan and contributed the most money.  It included several CEOs of big health care corporations.

The article included a database of CEOs ranked by amount contributed.  The amounts and proportions spent by the health care CEOs among the top 100 spenders were:

So, there were 19 health care corporate CEOs among the top 100 of those giving disclosed political donations for the 2018 election.  Of those, 15 gave most of their donations to Republicans, 4 to Democrats.  Furthermore, note that many of the companies represented on the list have been Health Care Renewal "frequent fliers," often discussed because of problems with leadership, governance and/or ethics.

While publicly often non--partisan, it appears that the top leaders of the biggest US health care corporations (and other corporations) have become increasingly partisan, and and increasingly supporters of one US political party, the Republican.  This is important since, as the NYT article noted:

The opinions held by executives have always resonated beyond their own industries, but their importance is more pronounced today. Mr. Trump, for example, has not hesitated to equate economic policy with foreign policy.


Also, the authors of the research paper summarized by the article wrote:

These executives wield enormous influence over not just policy, but the inclinations of their own employees. One of the most fascinating revelations of the study was that it also looked at the conduct of the businesses themselves, and in the process discovered that disclosures of political donations were highly correlated with the political leaning of its chief executive.

Political contributions by public companies do not have to be disclosed to shareholders, although some of companies do it. So the researchers looked instead at the which companies disclosed the donations to shareholders. Using an index developed by the Center for Political Accountability, the professors found that there was'“a statistically significant association between having a Republican C.E.O. and a lower' disclosure score.

Also, in the era of Trump, the heavily Republican partisanship of top corporate CEOs seems at variance with how their corporations' claim to be socially responsible, and

given the outspoken positions a number of executives have taken in recent years on social issues like climate change, guns and immigration policies. 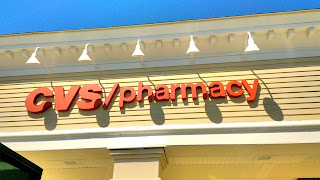 For example, in 2018 we discussed the case of CVS, which boasts a code of ethics including respecting the covenantal relationship between pharmacists and patients, promoting "the good of every patient," acting with "honesty and integrity," and serving "individual, community and social needs." It also has a social responsibility policy including "keeping the planet in balance," and making "quality health care more affordable, more accessible and more sustainable."  However, CVS was revealed to have been contributing to a "dark money" organization called America First Policies, ostensibly a "social welfare" charity, but actually an organization devoted to promoting the Trump agenda.  While CVS said its support for AFP was related to the organization's tax reform agenda, it also promoted various policies that seemed to contradict the CVS ethics and social responsibility policies.  In addition, the relationship between CVS and AFP only came to light after some AFP leaders were found to have made racist and pro-Nazi proclamations.  Whether CVS made is making contributions to other such groups was unknown.  At the time, we speculated whether the contributions to AFP reflected the self-interest of CVS leadership.

Now we find out that CVS CEO Larry Merlo gave $15,400 to Republicans in the run-up to the 2018 election, but nothing to Democrats.  This increases suspicion that CVS corporate political action is more about its CEO's ideology than its professed mission.