A US Government Prosecutor Now Defends Health Care Corporations: No Different Than Being Traded from the Red Sox to the Yankees?

We have discussed a few examples of the revolving door, involving government officials who dealt with health care issues leaving to eventually take jobs for for-profit health care corporations.

The latest, and most vivid example of the revolving door was just in an article by Duff Wilson in the New York Times:

He racked up numerous convictions and mega-settlements in nearly a quarter-century, using whistle-blowers and secret grand juries to pressure major pharmaceutical and health companies into ending illegal practices like kickbacks to doctors and misuse of blockbuster drugs.

Once described as a cross between a firebrand preacher and a charismatic litigator, Mr. Loucks burnished a reputation aptly captured in a Fortune magazine headline: 'Why Do Drug Companies Fear This Man? Maybe because he’s declared all-out war on cheats in the drug industry.'

But a year and a half ago, Mr. Loucks, a Republican, left the United States attorney’s office in Boston after he was passed over for the top post and President Obama appointed a Democrat. Instead, Mr. Loucks joined Skadden, Arps last July, and has startled former allies by emerging in recent months as zealous a corporate defender as he was a prosecutor, complete with proposals seeking more lenient treatment for the medical companies he once vilified.

In a six-page memo last month to clients in his portfolio, which may include some of the very same corporations he prosecuted repeatedly, Mr. Loucks bemoaned strategies he had embraced.

This case was particularly striking because Mr Loucks was not merely involved with government health care policy.  He was prosecuting alleged wrongdoing by health care corporations while within government.  However, now he is defending the same companies whose actions he once called "evil."

This generates concern that those in government charged with keeping health care corporations honest at best regard what they are doing as simply some kind of game, and at worst, as an avenue to future more lucrative corporate positions.

This was reinforced at the conclusion of the Wilson article, in which Duff Wilson challenged Mr Loucks that his new job was considered by some to going "over to the dark side." Earlier in the piece, Mr Loucks made the usual response of an attorney defending an apparently unsavory client.


While everyone calls it ‘the other side,’ I’m doing the same thing I’ve always done, which is zealously representing my clients.

But then he added a sports analogy:

I do live in Red Sox Nation, and some people around here do call the New York Yankees the "evil empire." I am sure nearly all of them realize that this is just sports fans' hyperbole.

So Mr Loucks, the trained lawyer and former federal prosecutor, rationalized his new, lucrative position defending the companies whose conduct he once called "evil" with a logical fallacy. As best as I can determine, that fallacy was a hasty generalization with this structure: He took a sample of a single organization called an "evil empire," (the NY Yankees). He noted correctly  that this one organization is not really an evil empire, but some peoples' baseball home team. He then made the hasty generalization that because one organization popularly called an "evil empire" is not actually evil, no entities labelled "evil empires"are any  more evil than the Yankees.

One wonders if other government regulators regard what they do as having no greater ethical consequences as the decision to swing on a pitch down and in?

Again, it all has the aroma of corporatism, of government and corporate leaders who see each other as insiders with common interests, and who feel more commonality with each other than with the hicks in the general population.  In that case, can we trust such government regulators to protect the interests of the people whom they are supposed to protect? 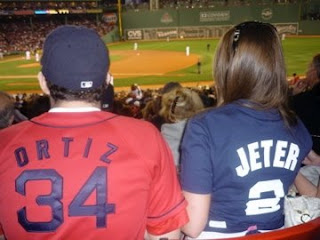 In a way, I can understand Loucks. I got the short end of the stick after putting up the good fight on the side of truth and good patient care.

My career is ruined, I am black listed, I have been able to feed my kids, but I can't afford to send them to college. And I can't say that healthcare has been made any better from my sacrifice.

What is my primary responsibility, taking a bullet for the truth or taking care of my family?

Yes, I can look myself in the mirror and be proud of myself, but sometimes I think that is selfish.

It is the reason I am Afraid.

For some reason, this post brings Medicare fraudster/anti-reformist/Florida governor Rick Scott to mind...

Very sorry to hear your story, and more sorry to say it is hardly unique.

Maybe health care is being made a little better by your contributions to this blog (and for all I know, anonymous contributions elsewhere). Thanks for your support.

I don't see a parallel, however, with Mr Loucks. He did not lose his job. He merely did not get the promotion he desired. Furthermore, he was hardly blacklisted. It is likely he could have found a very remunerative job in the private sector that did not involve defending the same companies that he was prosecuting.

In watching the Rep. Weiner debacle I was stuck by how in the past he would attack his opponents with half truths, or no truths, allowing popular opinion to damage their reputations.

Yesterday we watched a man give an apology and basically said, let’s move on. After the vile and viscous attacks he perpetrated in the past he now expects things to return to normal, since by his estimate, no laws were broken.

Chaos can take many forms. When a person acts only in their self interest, with no regard for loyalty to an ideal, the ability to switch sides and carry with them the knowledge of their previous experience will allow for the total grinding to a halt of any activity.

When a person acts in their own self interest with no limits on how rude or vile they can be, or even lie, to further their point of view, we will also see activity halt.

Much like our government’s inability to move forward on any major issue other than those based in self interest.

The reason I can understand is that those he depended on to back him in the good fight didn't. He was clearly one of the best in his business and was passed over, likely for someone else who deserved it only because they were buddies with a powerful person.

I was told more than once that I would be protected by some very powerful people, and they didn't. Why? Because it was in their best interest not to keep their word with me.

It causes some very difficult feelings when you realize that you counted on people and they let you down. It brings your whole prior commitment into self questioning.

Even those who fight on the side of "good" are often players in a political game of self advancement.